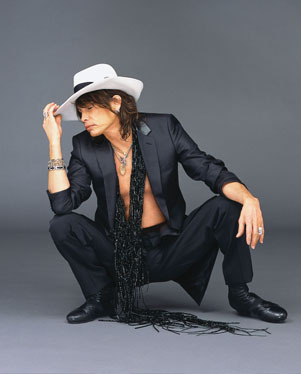 Celebrities get impersonated on the web. They’re famous — everyone is anonymous — it happens. Most celebrities just ignore it; but some get pissed off. Kanye West got mad as hell about Twitter users pretending to be him last week. This week it’s Aerosmith lead singer Steven Tyler who is up in arms — to the point of actually taking anonymous bloggers to court.

Tyler attempted to sue a group of bloggers that he says were impersonating him, sharing private facts, making false statements even using his likeness on the web, NBC Los Angeles reports. The only problem? The whole “anonymous” thing. Seeing as no one really knows who these bloggers are, they naturally didn’t bother showing up to court. Hell, I’m quite certain they didn’t even know they were supposed to be in court. So the judge dismissed the case.

Tyler is apparently most upset about these anonymous bloggers posting some comments about his mother who passed away last year. I wasn’t able to find those, but I did find a robust web community around “Fake Steven Tyler.” There’s a popular one in the Rock Band Forums, a group on Facebook (also based around his Rock Band avatar), there’s even a Wikipedia page and an odd YouTube video (embedded below).

Twitter took down the fake Kanye West accounts at his request, but it’s hard to see what Tyler or a court could do in this case. A good first step would be to figure out who you’re actually suing though.