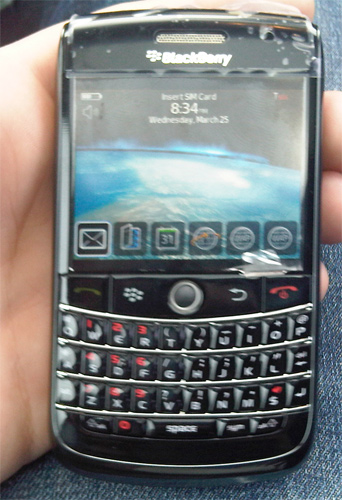 Praise jeebus! I knew this day was coming. Images of a purported T-Mobile 3G BlackBerry surfaced late last night, but it’s unclear whether it’s the rumored Onyx or Driftwood. If it is a T-Mobile device then it’s probably the Driftwood since it’s the only one that supposedly supports UMA. Contrary to what you see in the image, BGR says the Driftwood aka 9600 will have an optical trackpad and that it will drop some time in September. 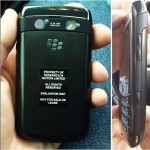