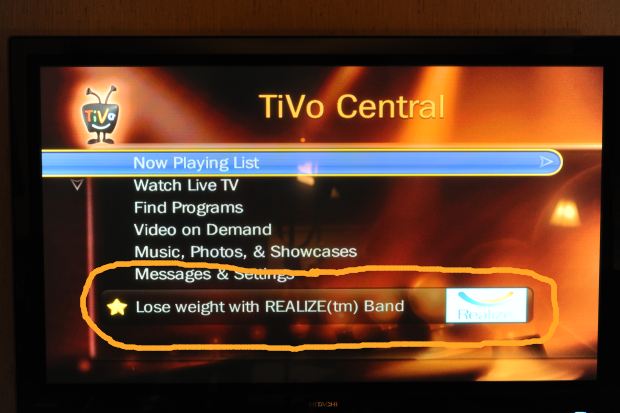 No one likes advertisements. But the fact is that they are a part of our society and will continue to annoy. TiVo was previously a walled garden from ads, but they have slowly crept in over the last couple of years. Now, there are ads scattered throughout the system. But are they really that bad?

I asked my wife who uses our TiVo the majority of the time and she didn’t even know there where ads. I had to show her and eventually she remembered them, but they don’t annoy her at all. I believe TiVo has found a way to place ads in the system that net the company revenue, but doesn’t really bother the consumer.

Before the ads invaded, TiVo was a haven from advertisements. A person just had to pay the monthly fee – or lifetime payment – and you could skip ads almost entirely thanks to the magic of timeshifting. Fast forward to today though. Now, ads are on the main screen, within the Music, Photos, and Showcases menu, occasionally during fast forwarding, and on random commercials. That’s a lot, and even more than Comcast’s DVR system.

The placement of these ads however is such that they don’t really distract from the DVR’s main intent. The main menu ad is at the very bottom of the screen. The Music, Photos & Showcases have offers throughout, but you don’t have to click on ’em. The fast-forwarding pop-ups might startle, but are only there for a few seconds. (plus, you can disable them) Only during a few random commercials are there pop-ups ads.

This isn’t an endorsement of advertisements. Oh no, but there is a way to work revenue-earning ads into products that do not annoy the consumer. 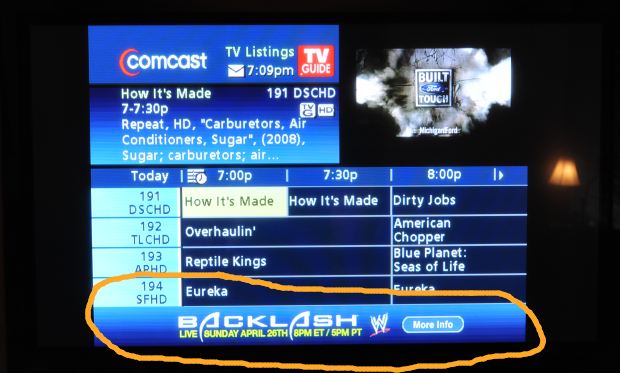 Take Comcast’s DVR. There was a time when the guide displayed five stations without any ads. Now, there are only four station’s lineups displayed with the bottom line taken up by a banner ad. The user must select this ad when scrolling down to the next page just like it was another TV station. It, in turn, forces the user to notice said ad, and also get annoyed by its presence. The placement might earn more revenue by higher click-through rates, but they are also poorly designed and detested by some. (me)

I don’t know if TiVo has lost its way as Dave Zatz suggests. I do know that the company has rolled out smartly designed ads that will hopefully pay for new advances without raising my monthly rate. I, for one, would much rather have an ad on the main menu than see my cost rise. I wouldn’t mind that much if there were a few more ads placed within the system to eliminate the monthly fee entirely. Although it was nice to spend a few weeks with the Moxi HD DVR which doesn’t have any advertisements or monthly fees at all…