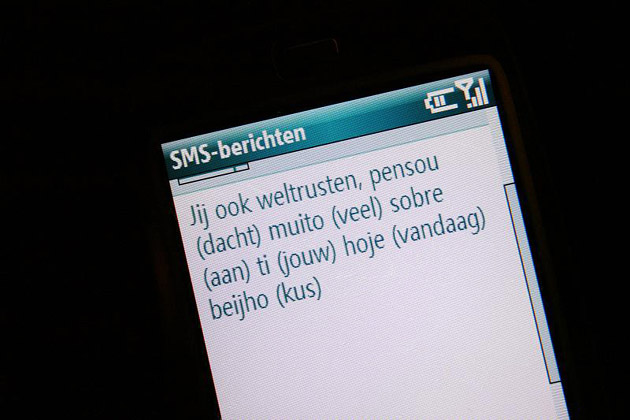 Fact: the average post card contains less than 150 characters. That little nugget of information is partially why today’s text messages have a 160 character limit. For this, we have a nice German fellow to thank.

It’s true. The Los Angeles Times has a quick little interview with the man who can be considered the father of text messages. His name is Friedhelm Hillebrand, and he went about solving a problem in 1985. The problem, obviously: how to quickly page car phone-using craftsman while they’re out on the job. “Smith, woman you’re about to visit is a real hothead, be mindful.” (Really, that’s why text messages were invented: to page workers out in the field about late-breaking developments. Big change to, “Dude where u at? wanna get nice?”)

It just so happened that Hillebrand was chairman of Global System for Mobile Communications—GSM to you and I. So, after a little technical voodoo, including deciding to send text message data on a barely used radio channel, the text message was born.

And why 160 characters? Again, when Hillebrand discovered during his research that the average post card usually contained around 150 characters; people were already used to communicating using so few characters. (Telex messages were usually around this length, too, meaning that business users could easily adapt to text messages.) You’ll also find that your average e-mail today isn’t much longer than a text message. And, of course, then there’s Twitter, bane of our existence!