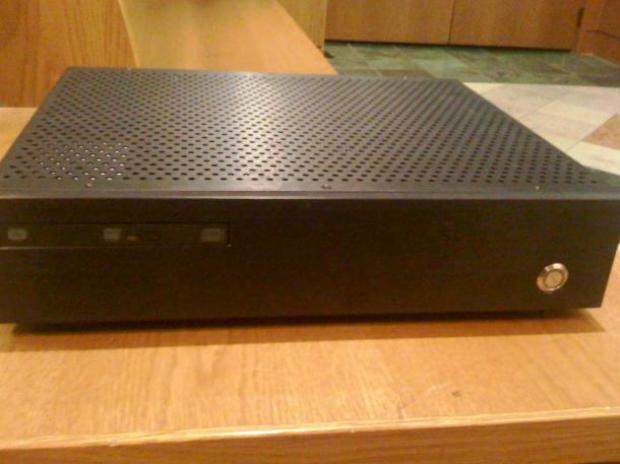 RealNetworks is currently entangled in a legal case over a prototype hardware DVD ripper called “Facet.” Described as “TiVo for DVDs,” the $300 box aims to replace set-top DVD players by allowing owners to rip their movie collections directly to a 500GB hard drive for quick and easy access and playback.

The Motion Picture Association of America (MPAA) is less than thrilled about the prospect of a machine thats sole defense against the copying of rented or borrowed movies is a nag screen that advises the owner to only copy legally-owned DVDs.

Aside from copying rented or borrowed DVDs, the MPAA asserts that consumers shouldn’t even be able to make a digital copy of a DVD they legally own in the first place, insisting that an additional fee must be paid for a hard drive-based copy of the content found on a physical disc.

The case is currently in US District Court, where RealNetworks CEO Rob Glaser gave over four hours of testimony yesterday with more to go today. According to CNET:

Real began work on Facet with the hope of building the next-generation DVD player, Glaser told before U.S. District Judge Marilyn Patel. Glaser argued that consumers are clamoring for a better way to manage their DVD collections and that Facet and similar products, such as DVD players from Kaleidescape, do exactly that. In addition to building its own box, Real could conceivably generate income by licensing Facet’s software to consumer electronic makers.

The major film studios perhaps view Facet as a device that could do to DVDs what the iPod did to recorded music. Facet owners could rent or borrow films and then copy and store them without ever having to pay a cent. It’s been widely reported that most of the music on iPods was ripped from CDs or illegally downloaded.

The studios maintain that consumers don’t have the right to copy films they already own, according to statements made by MPAA lawyers during the hearing, which started Friday and will continue Wednesday. Hollywood contends that if, for example, consumers want to download a copy of a movie they already own, then they must pay additional fees for the digital version…

…During Glaser’s demonstration of Facet, he showed how the box made the process of scanning, selecting, and pulling up digital DVD copies as simple as managing an iTunes music library.

In addition, the box could instantly provide a synopsis about a film or the movie’s cover art, as well as enable a user who interrupts the playback for whatever reason to instantly return to the spot where it left off. Glaser used a copy of a box set from the show “The Sopranos” to demonstrate how a Facet owner could begin playing any episode within the set almost instantly.

Copied DVDs would only be playable on the particular box to which they were copied in order to prevent illegal sharing. There’s also the question of how the technology handles bypassing CSS encryption. The company behind the $10,000 Kaleidescape system won a legal battle in a similar lawsuit brought about by the DVD Copy Control Association, which handles CSS encryption technology, and RealNetworks’ defense team alluded to the rather large selection of software-based DVD ripping programs currently available on the market.

Whatever the outcome of the current case, though, will consumers really go for a $300 set top box that rips DVDs when there are already plenty of streaming and OnDemand options available for much cheaper? People with disc-destroying toddlers and/or large DVD collections who don’t like swapping discs in and out of their DVD players all the time might go for something like Facet, but will there be enough of them to make the entire project worthwhile?