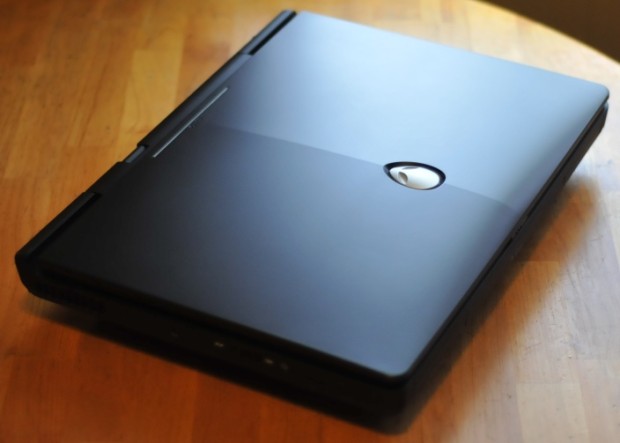 When you hear the name Alienware, most people think of a high-end machine with some funky styling and a premium price. Alienware is trying to shake this image, however, and they are taking a giant step in that direction with the new M17 notebook.

Overview
The M17 is Alienware’s first attempt to break out of their “gamer” mold. With a revised design that loses the radical alien ribs, they’ve succeeded in creating a system that will not just keep the gamer happy, but might even make it into some board meetings.

Price vs. Performance
The M17 is, quite frankly, a beast of a machine. The system that Alienware sent us was upgraded with a few of their more gaming specific features, which does have an impact on the price. Aesthetically, our M17 also had the new “Ripley” case design as well as the illuminated keyboard. This meant that our review system came to a total of $1,999 — expensive but not mind-blowing. It proved to be a very acceptable system for gaming, getting a pretty steady 30 fps in Far Cry 2, and around 45 in the Half-Life 2 “Lost Coast” demo. 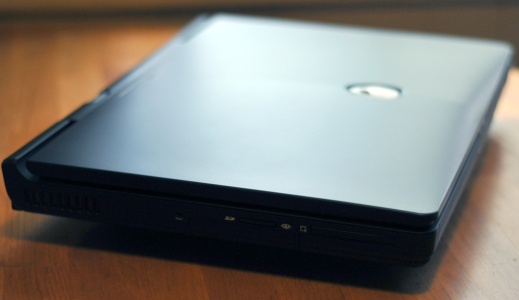 Form Factor
When you start looking at the size of the M17, that’s where you start to run into problems. As I said, it’s a beast. Obviously not designed for portability, the M17 weighs in at a hefty 9.5 pounds, without the AC adapter. Once you add that to your bag, you’re looking at 12.5 pounds hanging from your shoulder. This would be fine for going to a LAN party, but for a road warrior traveling in business class, I think it’d be a bit much. 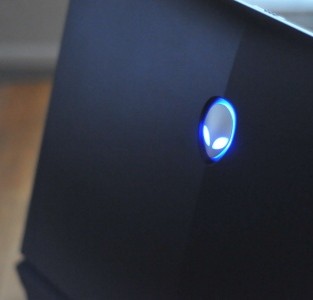 The redesigned “Ripley” case brings Alienware into new territory: understated. I have to admit, I’ve never been a huge fan of the vaguely Geiger-esque design that Alienware has used in the past, but the “Ripley” design is smooth, understated, and works well on the M17. The entire system is also covered in a rubberized “Stealth Black Soft-Touch” finish. I have to say, I like this design feature. It avoids the smudginess that other case surfaces fall into and maintains a clean look.

Screen
The 17″ screen is quite large for a notebook, and supports the aforementioned 1920×1200. This is ideal for gaming, and provides a great movie watching experience. This is also where I feel that the system could be improved. The colors are vibrant and clear, the refresh rate is more then acceptable, but you could also safely use the screen as a mirror. For whatever reason, Alienware chose to use a highly reflective surface on the monitor, which can be really irritating in some lighting situations. Great for sitting in the dark playing games, less than ideal for sitting on the couch with a window behind you.

Software
The M17 also has some very nice software features built into the Alienware Command Center. The system comes stock with a webcam built into the lid, and the Command Center is set up to use facial recognition to allow you to bypass typing in your password when you want to use your system. Amusingly, I was able to confuse the system by getting a haircut and trimming my beard. Luckily for me, the system we reviewed also has a fingerprint scanner built in, so I was able to log in that way instead. When discussing this issue with Alienware, they told me that facial hair is a known issue with the recognition system, and to be fair, that would be true of any facial recognition software. 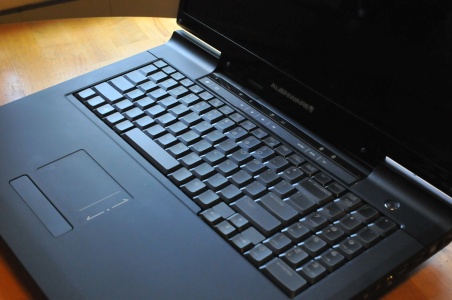 The Bad
There were a couple of things that we didn’t like about the M17. The screen has a highly reflective coating on it, and the battery life leaves much to be desired. During tests I was only able to get about an hour and half of usage before running out of power. When you consider the weight and the battery life, the M17 should really be considered more of a desktop replacement system, and less as a portable system. I also didn’t care for the fact that while you could change the color of the keyboard, the indicator lights across the top never change, nor does the alien head in the top of the lid. When I asked Alienware about this, they explained that it would have required significant changes to the manufacturing that would have added to the cost. 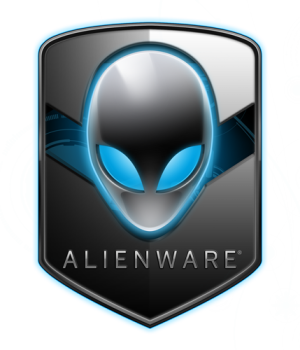 The Good
I like the M17. It’s a nice system, with many little features that make owning an Alienware a special experience. The new “Ripley” case design works well, the keyboard is full size and has a good tactile feeling to it, the illumination is great (who can’t pick between red, green, or blue), and overall the system just feels high-quality. The facial recognition and fingerprint ID system is just cool, as long as you shave regularly (or don’t ever).

Bottom Line
The Alienware M17 isn’t perfect. But if you’re looking to buy a system that looks sexy, plays hard, and won’t (totally) break the bank, you could do much much worse then the M17.