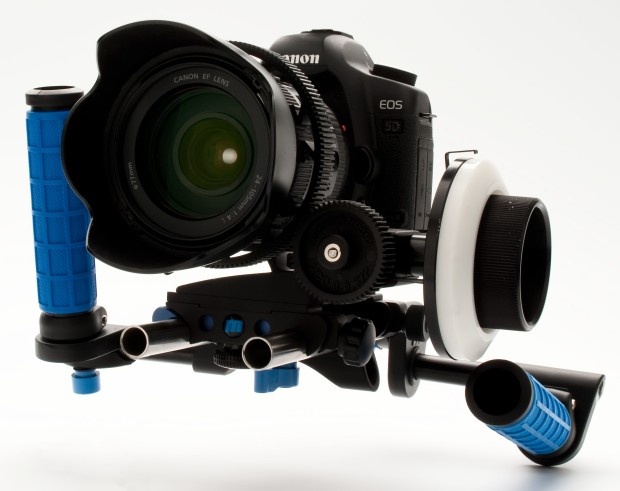 Redrock Micro, purveyors of fine rail-and-grip-based camera products, has released a new line of gear at NAB 2009. It’s aimed at users of these newfangled DSLRs that shoot HD video. After all, even if one has considered the limitations of DSLR video acceptable for a movie they want to make, without the proper accessories it’s a foregone conclusion. These setups from Redrock Micro, like those we saw before, help balance the weight, stabilize your shots, and make precise or automated focus pulling possible.

Taking the modular approach, Redrock made their rigs able to be put together piecemeal, so the basics start in the $200-$400 region rather than a grand or two. Of course, if you’re looking to spend that much, Zacuto has you covered. Their new Gunstock Shooter DSLR rigs start at $1430, though they would seem to be more aimed at professionals that know exactly what they want — and can afford it.