I’ve taken to carrying around a bottle of whiskey and an SNES in a bag wherever I go because hey, instant party! But this might be an even better solution — at least, if I were the purse-carrying kind of guy. The battery-powered unit is actually a little console-on-a-chip, and it can be used for other stuff too… as long as you only need to type A’s and B’s.

There’s also a Commodore 64-on-a-chip in there, in case you want to switch platforms. Homegirl actually made that one herself.

Hit up the video above for the proof (and the pudding). 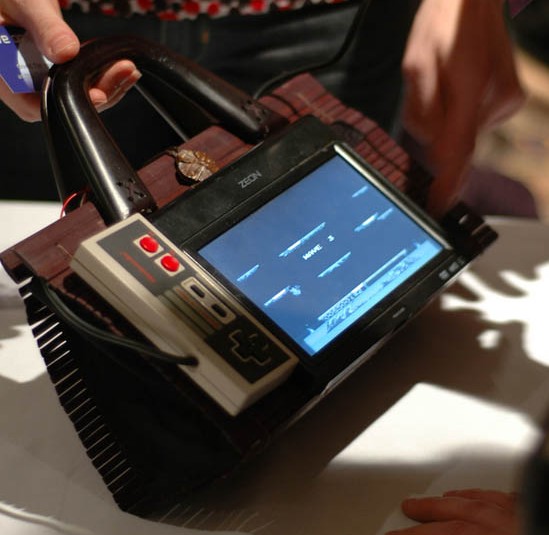 [via Make and Dvice]