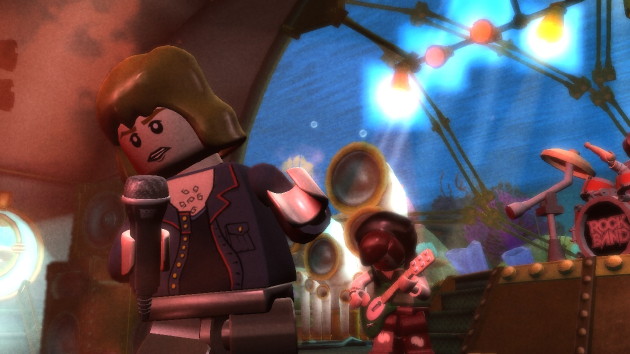 Does anyone else think that the Rock Band franchise has gone too far? I understand that Harmonix is going up against Red Octane, but Lego? Beatles, sure. Metallica, oh yeah. But Lego? I guess.

Oh, I see how Harmonix, MTV, Warner Bros. Interactive and TT Games are angling this version of RB by letting you “Build a Band and Rock the Universe.” Because you couldn’t do that with any other version of Rock Band!

Anyway, Lego Rock Band for the Xbox 360, PlayStation 3 and Nintendo DS will be out in time for the holidays.

Wait a second. Since when is Blur a “classic favorite suitable for younger audiences”? And I guarantee Carl Douglas isn’t a hit with kids either. The following tracks are included:

And it looks like you’ll be rockin’ out at local venues, stadiums and “fantasy locations on Earth” and maybe outer space.