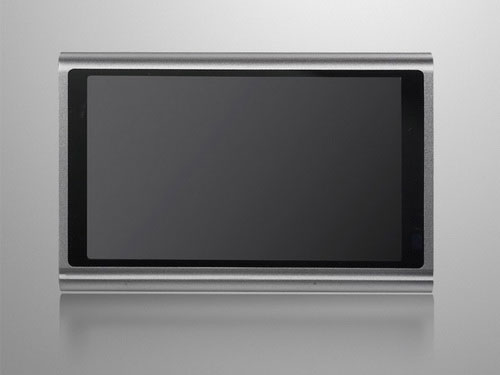 In the interest of helping you kill time at work or school, we present this gadget from the Far East that you’ll never own. It’s the Cube H100HD, a portable media player that does something no other one can do: it outputs video at 1080i. Now, 1080i is about as impressive as an elephant wearing a tutu—it’ll make you say, “Hmm, interesting,” but it won’t change your outlook on life. That’s all I got, sorry.

An older Cube portable media player, which, too, was only available in China, cost around $80; this, one would think, wouldn’t cost much more.

But yes, it’s a standard issue, 5-inch LCD-having PMP that just so happens to output video in 1080i.

In the continued interest of helping you kill time, here’s another Honeymooners clip, part one of “Head of the House.” I suggest you watch the entire episode (it’s split into three clips).