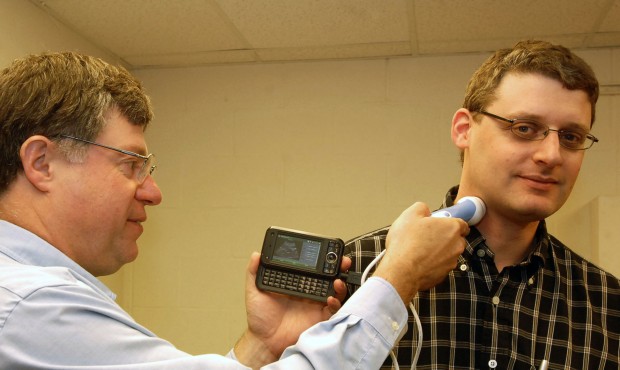 Researchers at Washington University in St. Louis have come up with a mobile medical imager that works on Windows Mobile phones over plain ol’ USB. Its applications are still limited due to the power and space requirements of other useful imaging techniques like MRI, but it’s a promising application for the tiny computers we all have in our pockets. 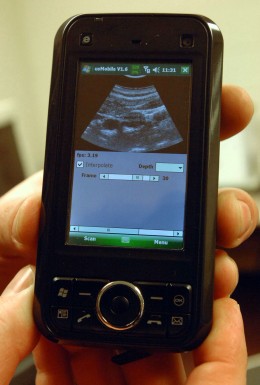 Smartphones are capable of so much, yet mostly all they do is pass on audio streams and squirt a few text characters at each other. Wouldn’t you like to have a “determine baby’s gender” app? Great for settling bets.

The project was made possible by a $100k grant from Microsoft, and isn’t actually aimed at the consumer market (believe it or not). It’s meant to be used in developing countries, where stationary machines are too expensive, but cell phone coverage is expanding. Local doctors could take an ultrasound or what have you, beam it to a central location where a specialist can diagnose, and then hear back an hour later — all from the field. And you know that the military would like to get their hands on a few as well. Better in-situ medical care is good for everybody.

They’re hoping to hook up with MIT for some field trials in third-world countries.