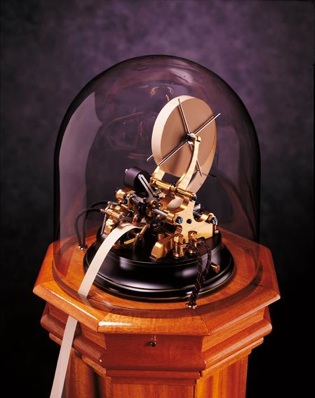 That’s because of people like the guys who are building out FriendFeed. There have been many such folks in the history of the network. Some have contributed ideas that routed around proprietary roadblocks. Some have used broad market force to mandate standards that led to impregnable empires built on economies of scale that in turn spawned disruptors of that hegemony. But today requires a combination of all these models, a blend of market power, independence, and crucially, the ability to work with your competitors in ways that allow both to grow.

FriendFeed appears to have the ability to sustain itself to the point where it can achieve its functional goals. Those goals, if its founders are to be believed, are to foster a suite of tools for managing the rich flow of metadata orbiting content objects on the information network. It’s not an open source project, but rather an open goal project. The bootstrap is in creating the synergies necessary to observe the results of realtime conversation and its output.

With the release of FriendFeed’s realtime tools and the imminent addition of Track (realtime search alerting) two weeks ago, the most observable result has been the monitoring of Twitter’s explosive growth in mainstream media. Although many of the former uber-followed tech stars have lost ground in relation to the bloated Hollywood effect of Twitter’s Suggested List and the gaming it incented, the rest of the rank and file have seen steady growth, ranging from one or two a day for newbies to 10 or 20 for more established technologists, journalists, and marketers.

FriendFeed realtime swarms around shows such as TWiT and FFundercats continue to expand, with downloads and streaming users growing aggressively as millions start participating in the Twitter information flow. While we don’t precisely know the pragmatic value or usage patterns of these swarms, we know enough to realize that learning by doing is a hedge against being passed by as the race for traction in the new media markets accelerates.

Although some see this as a battle of entrenched media versus the forces of transparency, the reality is much more nuanced. For one, the notion that gifts of attention should be taxed at some set value is unworkable. Did John Lennon receive unfair wealth because he was the Smart One, and was Paul McCartney disadvantaged because he was in Lennon’s shadow? Did The Beatles become colossal because Brian Epstein put them in suits and sucked up to the Queen? Did the Stones become great by pissing off the Queen? Popular culture has its own rules, its own operating system, its own arc of innovation, consolidation, and glorious decay.

For another, realtime has interesting characteristics that smooth out the hype curve on both ends. If people ignore the pressure of submitting to the realtime feedback loop, they lose authority rather than preserve it. Those that stand and engage in realtime are perceived as more transparent, more relaxed, less conflicted, and less scripted. JFK’s press conferences were the first realtime television events in the political process, and to this day they are electrifying to watch. Watching Dylan in a sea of lighters at Madison Square Garden intoning, “Even the President of the United States must stand naked…”

Once we get past the novelty of the realtime swarms around events, we begin to see the actual flow of realtime in the now, not about an event but the event itself. As the new comment folds in, you begin to see the body politic’s rhythm, the interval between comments, the ones that get picked, the ones that don’t. You begin to see the intelligence of the swarm at work, separating the brand management from the passionate, rewarding the humor with silence to let the gems resonate. The swarms of silence.

It’s not easy to hold your fire, or speak when you’re afraid of not being perfect. The realtime conversation has been attacked as creating an opportunity for thoughtless bravado and chattering of the mind, but more often than not the evidence points in the other direction. Particularly in an identity-focused environment like FriendFeed, the nasty stuff is muted by concern for reputation – hiding and liking are not necessarily weighted in the service’s core algorithms but the cumulative effect is visceral.

For now, FriendFeed has limited tools for sensing presence and aggregating distributed conversations. Ironically, @replies on Twitter are more useful for initiating a communication, though FriendFeed direct messages promise to improve cross-domain visibility. What comes next is the buildout of the rich middle of the realtime experience, where Twitter’s broadcast model breaks down and IM and email prove too siloed.

Track, of course is the foundation of such commerce, a distributed series of freeways where affinity services can be sampled, meshed, and decoupled. This is the intersection of social cloud computing, an elastic virtual town hall where the efficiency of social gestures, their transparency and pragmatism, produce high-value communication. It’s there already for the observing, even with just two weeks of probing. Best of all, the assholes who say this is much ado about nothing are reluctant to venture into the realtime arena. See you on the Funway.