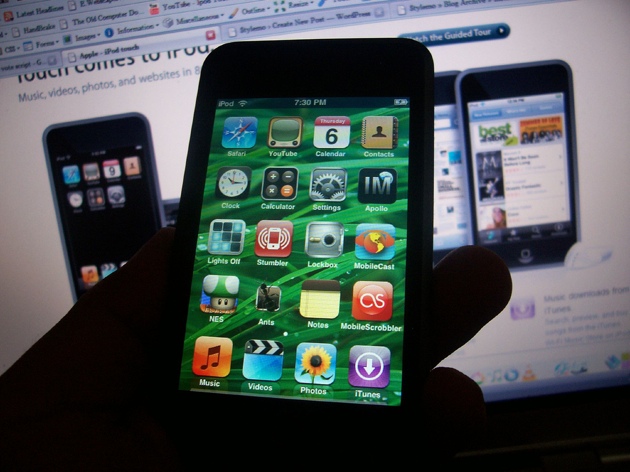 To completely rip off Rock, Paper, Shotgun: Sundays are for watching TV, playing video games and building up your BitTorrent ratio. As it turns out, Sundays are also for finding out that the iPod touch is being used in American military theaters, helping troops translate from one tongue to another, taking photos and showing them to locals (“see, your town’s mayor really does like us!”) and any number of other, high-techy things. Hooray for Sundays, then.

There’s a few reasons why the military has chosen the iPod touch. First, and probably foremost is price. A new iPod touch costs Uncle Sam only $230; who know how much a military-specific, tax payer dollar-funded device from a Raytheon or a Stark Industries would cost! Two, most soldiers are already familiar with the iPod touch; many of them own one or an iPhone. That minimizes the amount of device training troops would have to undergo. Three, the touch is fairly versatile device. Apps can be programmed without too much effort, and it won’t break very easily.

Soldiers use the iPod touch in a number of situations. They can translate from Arabic (and others) using Vcommunicator. Software is in development that would allow a soldier to take a photo of, say, a street sign, send it off to HQ, then get all sorts of intelligence for the surrounding area.

Groovy. (And all that without a single Swiss Army Knife metaphor. Well done, me.)