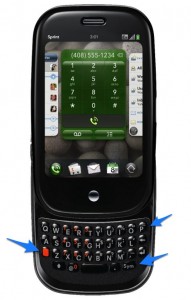 Developers who have been shown Palm’s new WebOS say that it is great. What does that mean for Palm? It means more devs will look to Palm as an OS of choice over WinMo and, potentially, Android as the Pre hits stores and amazes us all with its amazingness. Writes NetworkWorld:

The potential power of webOS lies in three capabilities that Palm has brought together into a coherent whole. First, mobile applications are written entirely in JavaScript, HTML and Cascading Style Sheets, which are technologies that an army of Web developers has been using for years. Second, webOS was designed from the outset to run multiple applications at once and, these developers say, to minimize the well-known potential problems that arise when doing so. Third, the application model is designed in turn to fully exploit both these features, creating, these developers say, a simpler, far more intuitive user experience.

Like the iPhone before it, webOS depends on open web-based programming tricks to create apps. Hopefully, unlike the iPhone, developers won’t want more power than is available. Jailbreaking was the primary reason iPhone’s web-based progamming toolkit was abandoned but this looks considerably more interesting.