I finally received and installed a Moxi HD DVR after some shipping issues with Fedex . I have to say though, I’m not that impressed two days in. The company screams on the official website that the Moxi is superior to TiVo in almost every way – seriously, it does – but besides the pretty eye-candy GUI, I wouldn’t call everything superior. The Moxi has some sweet extra features that TiVo doesn’t, but I feel like the core functionality of watching and recording television isn’t all that better.

Click through for more initial thoughts and unboxing pics.

I have two TiVo HD boxes in my house. I like ’em. The interface is outdated, but it works well. Big props to the Moxi as it looks so much better in HD than the TiVo. That is probably ’cause the interface was designed this decade rather than during the Clinton administration. 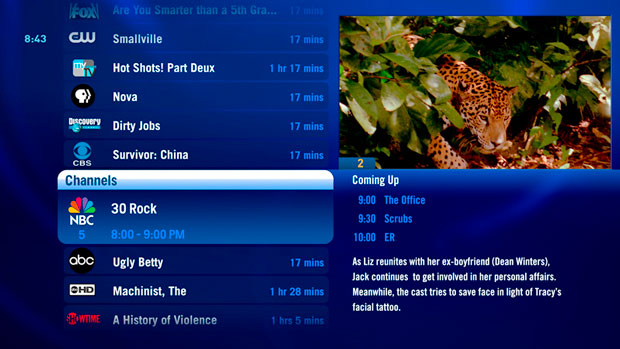 However, the GUI doesn’t take advantage of an HDTVs real estate properly when surfing the channels. The layout is a vertical bar, which fits great in a SDTV but leaves a lot of unused space that could show more info on an HDTV. This complaint could be that I cannot stand the vertical channel bar and its limited info. TiVo offers a similar guide layout, but also allows for a grid type display, which shows future events on numerous stations simultaneously. 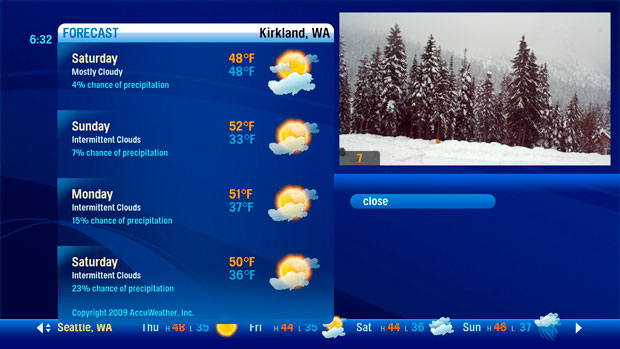 There are some cool features built into the Moxi. Superticker I found to be convenient. It displays a small ticker at the bottom of the TV that is easily navigated for sports, weather, and news info without taking away too much from the TV program. The Flickr support is superb as was the Moxi HD setup which only took a few minutes.

The TiVo HD XL  is still hooked up to the TV and is just one click away on the remote, but I’ll give this Moxi box a fair chance before coming to any solid conclusions. So far I have to say that I’m not as impressed as I thought I would be.