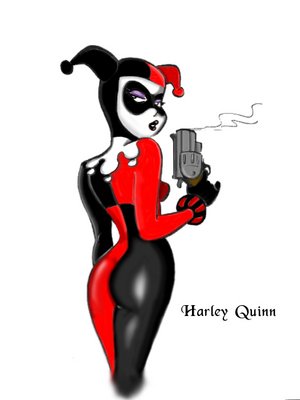 As a Batman super fan I’ve been keeping a watchful eye on the development of Batman: Arkham Asylum since it first leaked out last July. I like the direction that Batman has taken across his various media incarnations as of late. He’s a dark character with a dark past and the villains around him should be just as, if not, darker.

Late last night, GameTrailer got the scoop on the latest villain trailer for the game and it’s the Joker’s right-hand gal Harley Quinn. I won’t lie, she looks pretty sinister and somewhat arousing for a, you know, video game character.