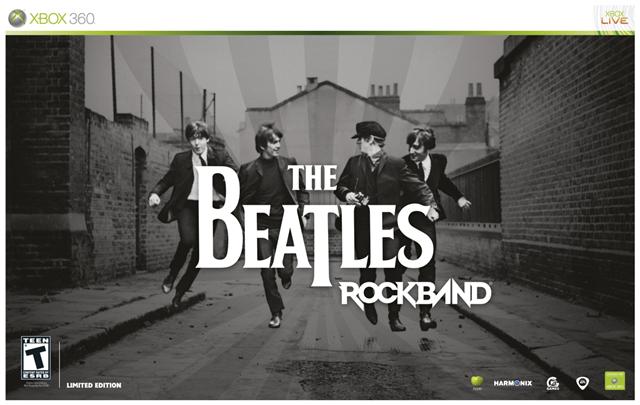 If you’re planning on picking up The Beatles: Rock Band full band kit when it hits the shelves on September 9th, clear some space in your rumpus room, boyo. The $249 kit will include the following:

Interesting that there’ll be no guitar controller in favor of Paul McCartney’s bass instead. If you don’t already have six or seven various music game guitars, you may have to pick one up. The mic stand appears to be a first, as well. Here’s to hoping that “additional special content” means a skinny black tie and a moppish wig.

In addition to the previously announced US MSRP of $249.99, The Beatles: Rock Band Limited Edition Premium Bundle will retail in continental Europe for MSRP €199.00 and for MSRP £179.00 in the UK.

North American and European fans who pre-order any version of the game will be eligible to join the The Beatles: Rock Band Pre-Order Club and receive breaking news and access to exclusive game elements including art and behind-the-scenes footage directly from MTV Games and Harmonix.  New material will be released regularly starting in May and leading up to the game’s launch on 9/9/09.

As previously announced, The Beatles: Rock Band will allow fans to pick up the guitar, bass, mic or drums and experience The Beatles’ extraordinary catalogue of music through gameplay that takes players on a journey through the legacy and evolution of the band’s legendary career.

Available simultaneously worldwide in North America, Europe, Australia, New Zealand and other territories for the Xbox 360® video game and entertainment system from Microsoft, PLAYSTATION®3 computer entertainment system and Wii™ home videogame console from Nintendo on 09/09/2009, the game will be compatible with all Rock Band® instrument controllers, as well as most Guitar Hero® and other third party music video game peripherals and microphones.