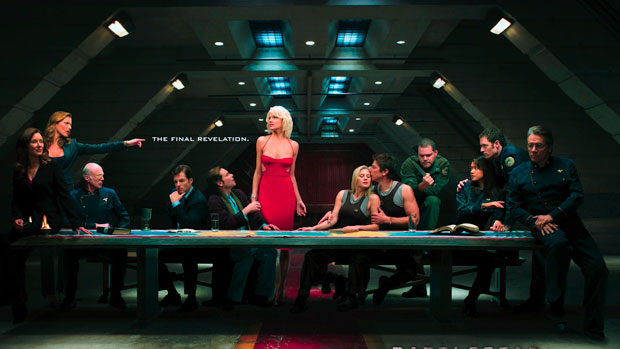 Battlestar Galactica was meant for high-def. Thankfully, Universal has somewhat confirmed that the series will be available in its entirety on Blu-ray sometime soon via the Caprica DVD.

A little message pops up before the Caprica DVD’s main menu after the promo for the complete series box set which says it’s coming to “DVD and Blu-ray high-def.” There hasn’t been any official word from the studio before this little message, but it’s pretty clear. This means that the whole series might be available on Blu-ray the same day the DVD box set is slated for release, which is July 28, 2009. More as we get it.