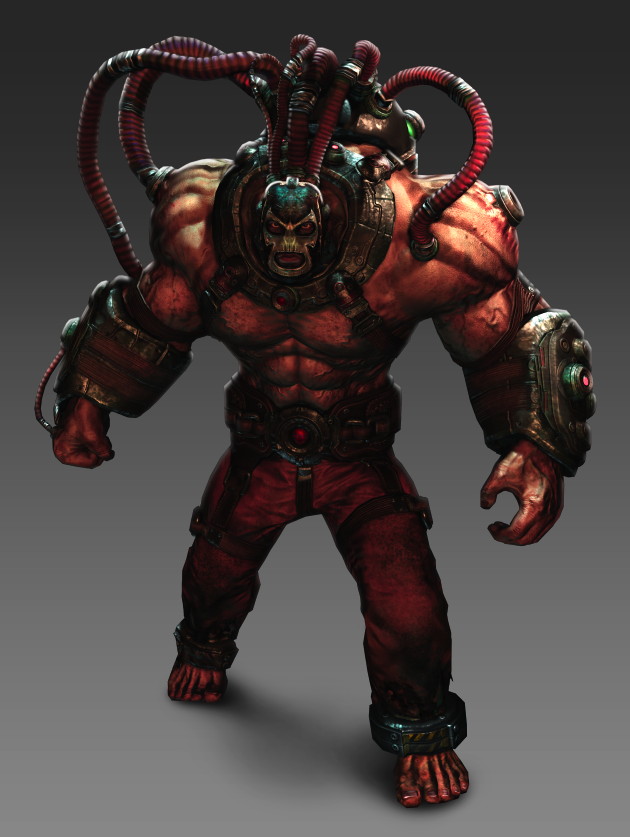 Besides the Joker, the Dark Knight will be tormented by the ‘roid raging Bane in the upcoming Xbox 360, PS3 and PC title Batman: Arkham Asylum.

Imprisoned from birth to serve his dead father’s sentence, Bane was raised inside the horrific environs of a Santa Prisca prison. Finding solace in smuggled book and meditation, he developed incredible powers of concentration. When he was subjected to military experiments with the experimental steroid Venom, his iron-forged will helped him survive when other test subjects had died, and he manage to escape. Determined to prove his worth, he sought out Batman and broke the Dark Knight’s spine. But Batman recovered and managed to best Bane, cutting off the precious Venom supply that transforms Bane into a superhuman.

Attributes:
• Master strategist
• Intense focus
• Abnormally strong reaction to Venom, giving him incredibly enhanced physical abilities
• Determined to best Batman, and all others who challenge him