Portable media storage? What does that even mean, you ask? Don’t worry, all will be revealed. It’s not really that extreme, but it is pretty handy. The Nexto DI eXtreme is a good way to back up all your media on the go without really even thinking about it.

The video above explains pretty much all you need to know, but here’s the rundown: the Nexto DI eXtreme (which I will be calling the Nexto) is essentially a portable hard drive with a built-in controller that lets it suck data off your camera, camcorder, SD card, CF card, or whatever. As long as your device can connect to USB and works without any special programs, I think the Nexto should be able to handle it. 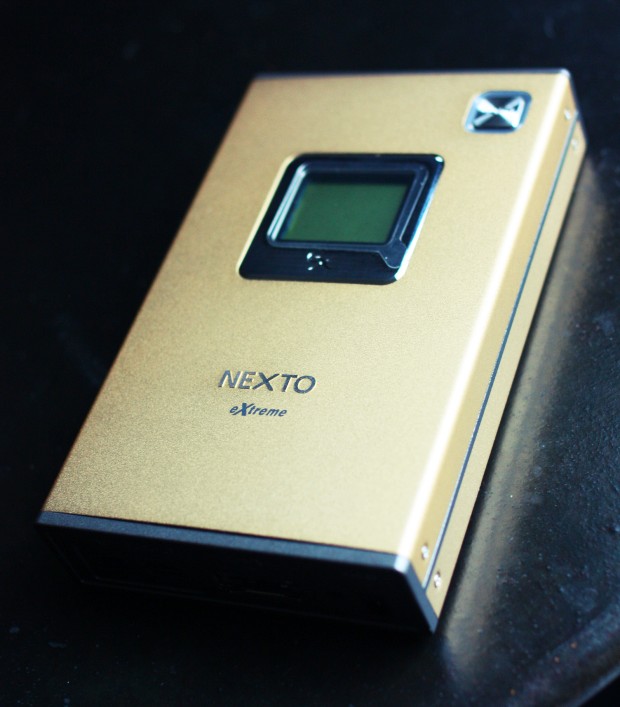 The Nexto is advertised as working at some incredible speed due to some secret techno-sauce(hence the “eXtreme”), but it’s probably not enough that you’ll notice. That’s natural, however; we tend to notice things that are going too slow, and not noticewhen things run just fine or even quicker than we expect. The Nexto copied a gig and a half of HD video, for instance, in about 2’43”.

That’s pretty good time, but I see it more for slightly smaller tasks: let’s say you take 100 pictures of your kid’s birthday party. Plug in the Nexto, and in 20 seconds they’re archived into their own folder with date and time. The pictures can remain on your camera or not (the option for either is available on the Nexto), and you can shoot again knowing that your 100 pictures are safe, timestamped, and ready to be imported as a “roll” or whatever if you accidentally format the card, delete the pictures from your library later, or whatever. It’s a nice worry-avoidance utility. 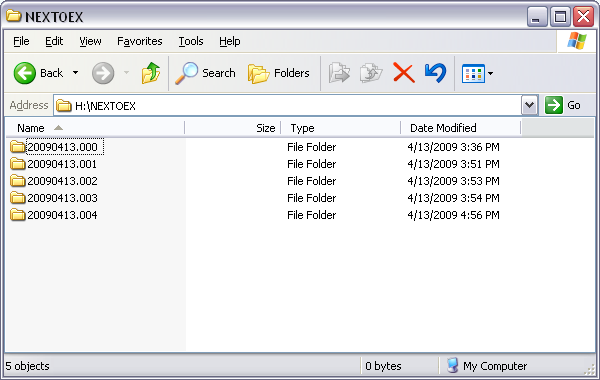 The Nexto itself is well-built but designed pretty plainly. I couldn’t doll it up in the pictures — believe me, I tried. It’s hard-drive shaped, for better or for worse, and while it’s solidly constructed, its ports are also wide open for dust or coffee to get in, so keep it safe until it’s needed. You navigate its menus via a single button, which you either press for a short or long time, depending on what you want to do. It sounds cumbrous, but it actually works well, and it brings the physical interface to an absolute minimum. And once it’s configured, you’ll only have to hit the button once to turn it on; the rest is automatic.

It has an internal battery that can be charged via a regular plug or USB, which is nice — no worrying about AA batteries and what have you. One charge has lasted it plenty long while I’ve been reviewing it, so it doesn’t appear to suck too much power. 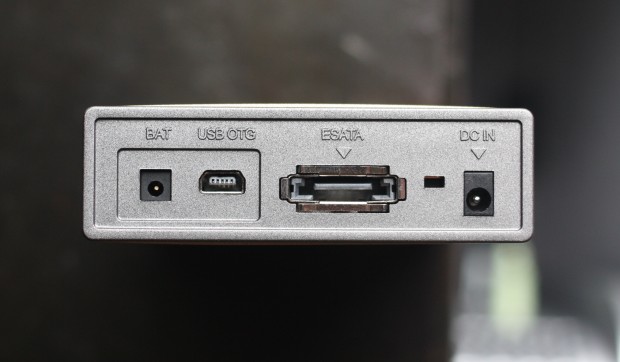 The Nexto DI eXtreme starts at $200 for 160GB and works its way up from there, so I wouldn’t call it a bargain ($300 for 500GB is certainly the best deal — buy more, save more!). But it is useful, and for photographers who can’t have enough redundancy in their workflow, this is a simple and fast way to make yet another backup. The timestamped folders are handy, the speed is good, and the wealth of input options means you’ll be able to store stuff from pretty much any device. Whether peace of mind from there being an extra copy of everything is worth $200 to you is your call, but I can certainly recommend this gadget if it sounds like it’d be useful to you.