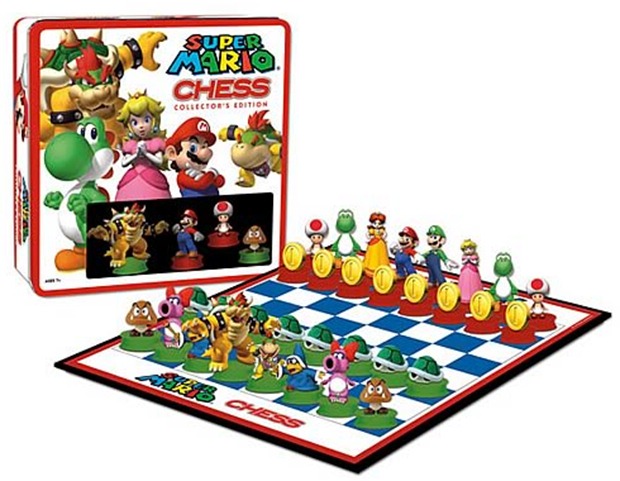 Apparently Super Mario Chess Collector’s Edition is the first Nintendo-authorized chess set in existence. It’ll be shipping sometime this month and you can pre-order it for $39.99 if you’re interested. Now the big question: which characters will play which chess pieces?

It’s Team Bowser versus Team Mario in this one, with the front row of pawns made up of Koopa Shells and gold coins, respectively. Then things get socially progressive, as the back row on Mario’s side consisting of Toad as both rooks, Yoshi as both knights, Princesses Peach and Daisy as the bishops, and Mario and Luigi as king and queen.

On Bowser’s side, we’ve got Goombas as rooks, Birdos as knights, Magikoopas as bishops, and then father and son tandem Bowser and Bowser, Jr. as king and queen. Where’s Mrs. Bowser in all this? Bowser clearly had a son somehow. Poor Mrs. Bowser raises a hellion and she doesn’t even get a spot on the family chess board!