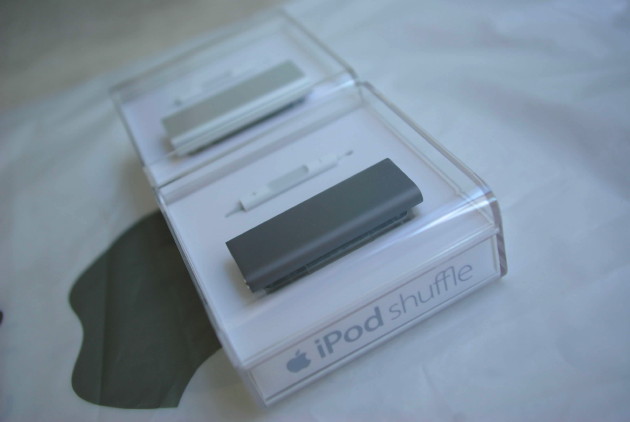 The guys and dolls over at iSuppli have taken apart one of those new iPod Shuffles—you know, the one that talks to you—and have estimated the total cost of components to be $21.77; the iPod Shuffle retails for $79. Setting aside the additional costs of the little music player, such as industrial design and programming, that represents only 28 percent of its retail price. The rest, friends, is profit.

The B Plot to price’s A Plot is Samsung’s involvement in the player. Samsung chips account for the flash storage and processor. Pretty funny, then, to see people calling some of Samsung’s portable media players “iPod killers”—why would Samsung want to kill something that lines its coffers so nicely?

But what do I know?