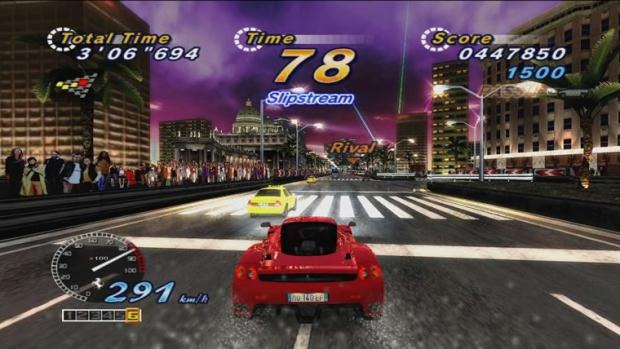 Ah, OutRun — one of my favorite games of all time. If you’re a fan of the series and you own an Xbox 360, perhaps you’ll join me in spending 800 points to download it.

From the looks of the video trailer on Xbox.com, “OutRun Online Arcade” looks pretty similar to OutRun 2006 Coast 2 Coast for the PS2 and PC. The XBLA version supports up to six-person online multiplayer with voice support, 10 different Ferraris, 15 courses, and, of course, the music. The sweet, sweet music. I could listen to Magical Sound Shower all… day… long.