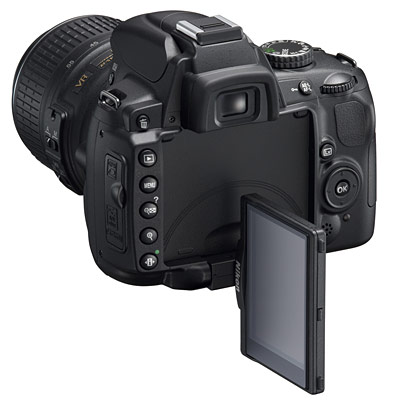 Well, the rumors about the D5000 have been flying fast and furious, and now it looks like someone at the leak factory let some pictures out a bit early — “early,” that is, if this camera from Nikon is going to debut at their press event tomorrow as we believe. As you can see, there’s a 2.7-inch swivel screen (swiveling from the middle, oddly). But that’s not its only trick if rumors are to be believed.