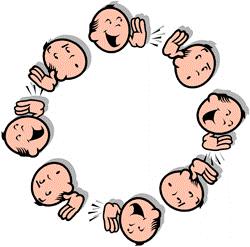 It’s not live yet, but Activision’s Mixed Messages is the first third-party title for Nintendo’s DSiWare line in these United States of America. It’s a 2-21 player game that sounds a lot like the telephone game from when we were kids. Mixed Messages will cost 500 DSi Points.

Mixed Messages (Activision, 2-21 players, Rated E for Everyone, 500 Nintendo DSi Points): Mixed Messages is the hilarious party game of mixed-up miscommunication. Sketch a picture to capture your friends’ sentence, or try to figure out what in the world they’ve drawn. You might start with, “The quick brown fox jumps over the lazy dog” and end up with “A crazy surfer outruns flying sticks of dynamite while his fans cheer!” Two to 21 players take turns writing sentences and drawing pictures to pass along a message. This isn’t a game about winning and losing – it’s all about the funny miscommunications that happen along the way. You’ll laugh when you see just how wacky things can get. Get together with your friends and mix it up.