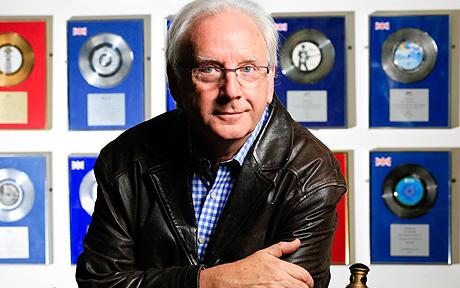 Waterman, whose fortune was estimated at £47 million by The Times in 2004, compared this treatment to the “exploitation” of migrant workers in the Middle East. Yes, a man is comparing legitimate plight to his not being properly compensated for all those “Never Gonna Give You Up” (rickroll) views on YouTube. May he be forced to watched Friends for all eternity.

Anyhow! Despite the fact that the video was viewed more than 154 million times on YouTube, Waterman has made only £11 (around $16). But he’s already worth £47 million (nearly $69 million), so who cares.

Sure, he wants to be compensated for his work. Fine. But for him to cry poverty like that is disgusting, just like when FIFA’s Sepp Blatter compared Cristiano Ronaldo’s Manchester United-Real Madrid tug of war to “slavery.” It’s just dumb, and we’re all worse for it.

This is why we can’t have nice things.