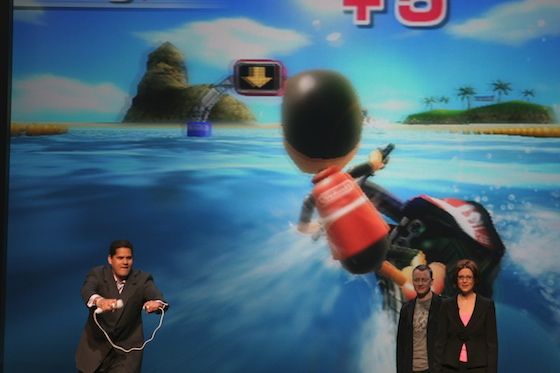 According to this astonishingly brief article, Nintendo has announced that Wii Sports Resort is definitely coming out in June (in Japan at least, US in July) — which suggests the hotly anticipated MotionPlus accessory will be coming out too. That’s about what we expected; hopefully they’ve worked out the hiccups.

To be honest, though, I couldn’t care less about the frisbee game or the increased sensitivity. It’s the jetski game I’m all about. Wave Race 64 has needed a successor for a long time. That and Kid Icarus. And Strider.