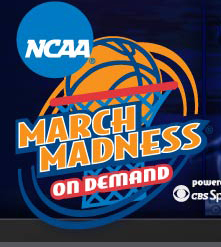 CBS Sports has just released the final tally of their traffic figures for this year’s NCAA March Madness, and the results are pretty impressive. Over the course of the tournament, viewers watched a total of 8.6 million total hours of streamed audio and video (a 75% increase over the 4.92 million last year). 7.52 million visitors used the on Demand video player, versus 4.76 million last year. During the Final Four (semifinal) round and championship games, viewers watched 515,000 total hours of content, which was a 51% increase over last year’s stats.

There were also 2.77 million clicks of the ‘Boss Button’ – a feature that allowed viewers surreptitiously watching the games from work to quickly pull up a fake spreadsheet whenever someone walked by.

These figures still pale in comparison to the number of people who watched the tournament on TV, but they beat out CBSSport’s expectations (they had previously predicted a total of 7.2 million visitors.