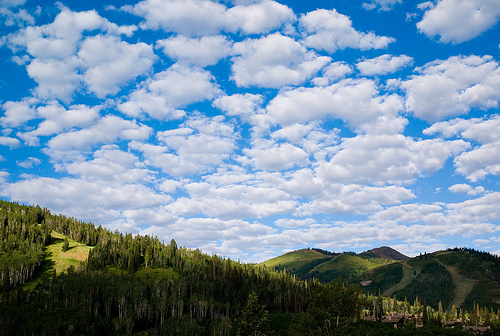 Weather control has long been a favorite topic of movies and television shows, usually where some evil scientist hopes to control the weather for his own financial gain. See Sean Connery’s character in The Avengers for an example. Or StarGate SG1, or even old episodes of the G.I. Joe cartoon. Today, good scientists are exploring weather control to offset the potential consequences of global warming. Go Science!

One popular idea for mitigating global warming is to reflect some portion of the sun’s rays away from earth. This can be accomplished by “launching trillions of sun shades into orbit or lacing the upper atmosphere with reflective sulfur aerosols,” as well as by “injecting dust into the stratosphere to cool the earth quickly in case of a climate emergency.” Each of these proposals incurs some major costs, and there is of course no real guarantee that they’ll even work, despite what computer and mathematical models might suggest.

Enter John Latham, senior research associate at the National Center for Atmospheric Research, and his idea for cloud seeding. Cloud seeding is nothing new: it’s been used to alter precipitation for some time, and airports use the technology to minimize fog and hail. Latham’s idea is pretty neat, though: use the principles of cloud seeding to make clouds brighter so that they reflect more sunlight, thereby reducing the amount of heat generated here on Earth.

Latham’s proposal is even cooler than that, though. He suggests using a fleet of ships using Flettner rotors to simultaneously propel the ships and to spew seawater up into the air in order to kick-start cloud formation around salt nuclei. The salt nuclei will survive in the atmosphere at most a couple of days, so Latham’s proposal could be tested on a short-term basis, evaluated for effectiveness, and incur little to no long-term consequences. If it works, great! Keep doing it as needed. Heck, you could activate the Flettner rotor fleet as needed, and turn them off when things are under control, to help maintain a long-term equilibrium. And if tests suggest that Latham’s bright clouds aren’t really effective, the whole thing could be scrapped without much loss. 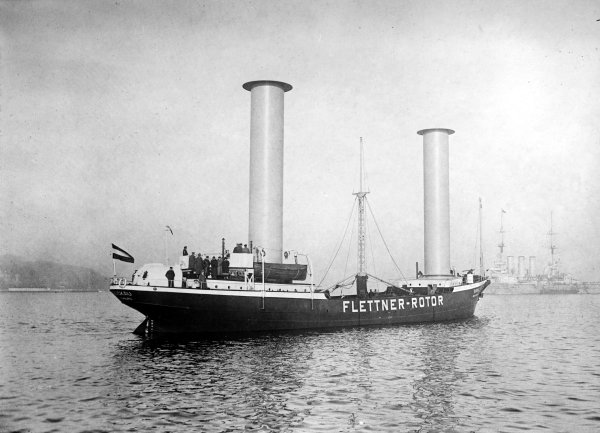 The Flettner rotor has been around for awhile. The above ship crossed the Atlantic in 1926!

Of course, Latham’s proposal is still a reactive approach to global warming. The best long-term solution is for everyone in the world to stop ejecting so many chemicals into the precious atmosphere. But since that’s unlikely to happen any time soon, some kind of short-term response will be necessary to help keep things under control.