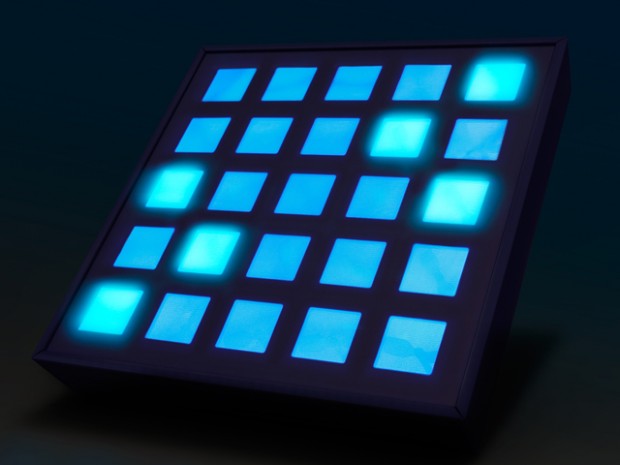 Bandai Japan announced the A.i.R PROJECT yesterday [JP], a mix between a piece of art, a gadget and an interior light of a very special kind. Designed by a Japanese “media artist” called Taro Suzuki, the device is basically marketed as a lifestyle product, which is highly unusual for a toy maker like Bandai.

The A.i.R PROJECT is essentially a device with square-block type holes emitting blue light rays in a number of different patterns. It features four sensors that let you change the direction of the light rays when you touch them with your hands. There is also a timer function, which lets you activate the A.i.R PROJECT automatically (during a hot date, for example). 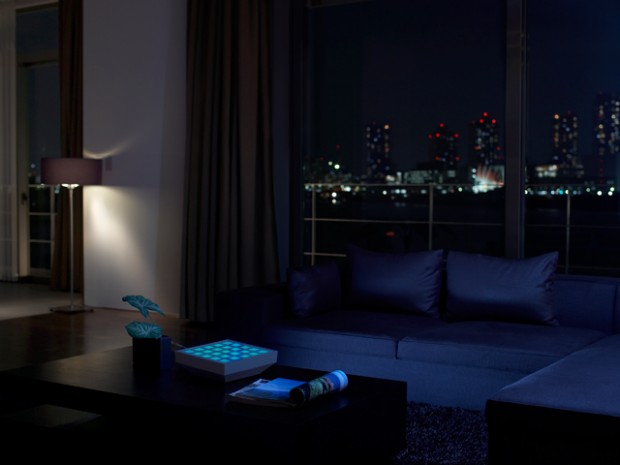 People living outside Japan can get the device at the Japan Trend Shop.