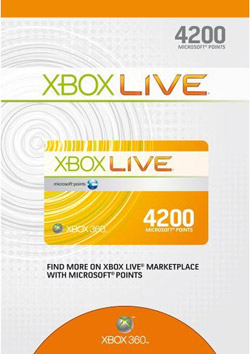 You can now buy digital downloadable Xbox 360 goodies from Amazon. That is, you can head over to amazon.com and buy a, say, Duke Nukem 3D download code, then download the game from your Xbox 360 using said code. Yes, sorta like using xbox.com, but now it’s Amazon, so there.

Being that it’s Amazon, you can tap into any of those gift-giving features the site trumpets. “Happy birthday, dude. Here’s 4,000 Microsoft points.” That type of thing.

Presumably Microsoft thinks this will bring the concept of buying download codes, for later redemption, more into the mainstream. People are used to buying stuff from Amazon; going to xbox.com to buy a download code? I bet you use Lynx, too.

Speaking of Xbox Live, it’s April—where the hell is Banjo-Tooie?