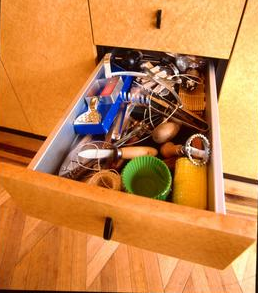 Google has kicked around the idea of a product internally called My Stuff for a couple of years now. In its original form it was a user-facing dashboard of your important files distributed across the web.

Your photos, videos and office documents, which all used to sit on your computer desktop, are increasingly being stored and shared online. Flickr for photos. YouTube for videos. Zoho and Slideshare for office docs, etc. Google’s My Stuff would aggregate those files via available APIs for the various third party services into one web based user interface.

Sounds like a good idea a couple of years ago when the project first launched internally. And it sounds like a great idea now with cloud storage becoming ubiquitous.

But the project got sidetracked and the product manager assigned to it moved on to other things. Why? Perhaps because Google didn’t want to promote the use of third party services over its own (they have their own services for photos, videos and office docs). Making it easy for a user to choose their favorite service for each type of media and then aggregate it nicely under one interface just helps small services stay relevant.

That argument fits nicely, but people I’ve spoken to with knowledge of the product say it’s unlikely. Rather, My Stuff may have simply have evolved into something much more interesting, and Google may be prepared to unveil it as soon as the upcoming Google I/O conference in May.

One source says My Stuff will be merged with GDrive, Google’s long (long) awaited cloud storage service. But I’m not so sure. There is certainly overlap with the GDrive concept (store what you want at Google, and access other files distributed across the web in one interface). But GDrive is becoming less important strategically to Google as time goes on (cloud storage just isn’t so novel these days). A service like My Stuff, though, allows them to grow as a web infrastructure player.