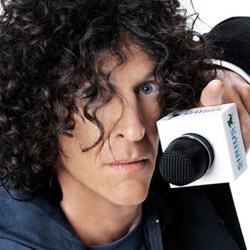 Oh my God, call the president! Howard Stern, who was given a private, sneak peak of the Palm Pre, has instead decided to go with the BlackBerry Bold. (As if the man can only afford one phone, or won’t decide to buy a Pre when it comes out, whenever that is.) He broke the news today.

Yup, apparently Mr. Stern, who’s a Palm fan, was impressed with the Pre, save for one feature, or lack thereof: compatibility with Lotus Notes. Seems like Stern needs his Notes, and without it he’ll have to skip the Pre for now. Instead, he’s chosen to go with the BlackBerry Bold, which isn’t a bad device in its own right.

Please keep in mind that Stern does not hate the Pre, does not wish ill upon Palm, but, for now, it’s BlackBerry Bold time.