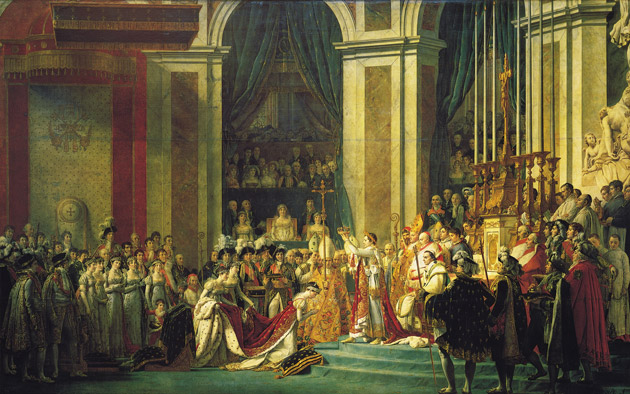 Yup, France is now one step closer to that vicious anti-piracy bill becoming law. Legislators there approved the provision that would kick pirates off the Internet for up to a year following the illegal download of copyrighted material. The PS didn’t like the provision, nor did the EP, but none of that matters now. Onward to the National Assembly for a vote!

If passed, the measure would replace the current practice of imposing an up to three-year prison term and a fine of €300,000. Nope, now you just get kicked off the Internet. No more YouTube for you.

Above, my absolute favorite painting ever, The Coronation of Napoleon.