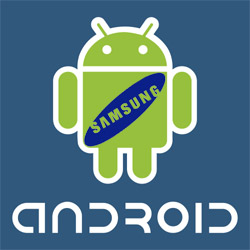 Samsung will finally release Android-based cellphones later this year. Too bad us Americans will have to wait till the second half of the year to get ’em, while a phone will be released outside of the U.S. in June.

That’s what Samsung told Forbes, a new gadget blog, at CTIA, at least. The two phones that will come out in the U.S. will be two different devices, as per the wireless carriers’ demands. (You can almost hear the wireless carriers, at the Big Meeting, demanding Samsung make their phone “something that my son would use, but something that I can use for work as well.” Yuck.) That, and Samsung is going out of its way to make the phones their phones: they won’t be all Google, all the time, as it were. Rather, Samsung is customizing the operating system to make the best user experience it can, without necessarily telling you how great Gmail is, or just how much Google will make you a better citizen.

As for the carriers, expect them to be T-Mobile and Sprint, the only two U.S. carriers that have, so far, signed up for the Open Handset Alliance, a sort of Justice League of wireless carriers and hardware manufacturers dedicated to making “open,” “innovative” products.

I’m decidedly in the “anything but iPhone” crowd at the moment, so I’m curious to see what good ol’ Sammy has up its sleeves. Plus, hooray for open source, etc.