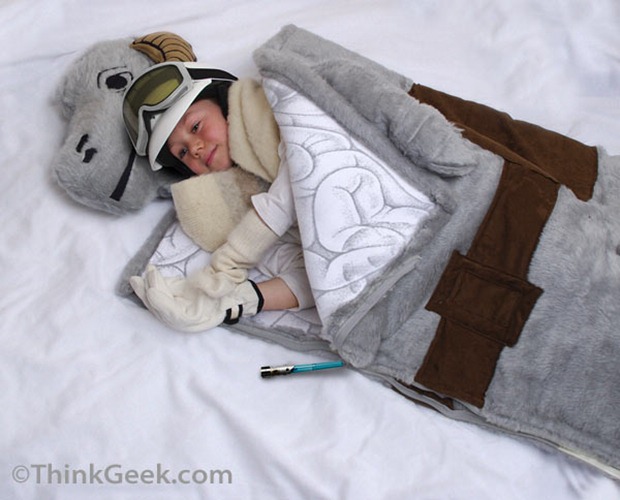 Remember that fake Star Wars Tauntaun sleeping bag from ThinkGeek? Turns out everyone who’s anyone wants one for real. And why not? It’s a cool idea. Well it looks like ThinkGeek is going to actually try making it into a real product. According to the site:

ATTN Tauntaun Fanatics! Due to an overwhelming tsunami of requests from YOU THE PEOPLE, we have decided to TRY and bring this to life. We have no clue if the suits at Lucasfilms will grant little ThinkGeek a license, nor do we know how much it would ultimately retail for. But if you are interested in ever owning one of these, click the link below and we’ll try!

Hey ThinkGeek, don’t worry too much about the license. Lucasfilms just got into a line of pool toys, so sleeping bags are a logical next step. Let’s just try to keep the price at $39.99, eh?