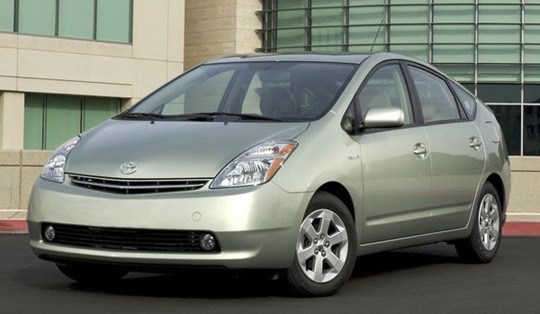 Japan’s Ministry of Land, Infrastructure, Transport and Tourism (yes, it does really exist) has released a top ten list of the most fuel-efficient cars sold last year in Nippon. The result: Toyota’s Prius (pictured) is No. 1 in the standard and small-sized vehicle category whereas the Daihatsu Mira tops the light vehicle segment (vehicles with automatic transmissions only).

The Prius came in first with a mileage of 35.5km/l, and was trailed by Honda’s Civic Hybrid with 31km/l and the Toyota Vitz (Yaris) with 24.5 km/l. The top three remained unchanged from last year. Toyota promised the new and partly solar-powered Prius that’s due out in May in Japan will even be 10% more fuel-efficient than its predecessor.

Among light vehicles, Daihatsu’s Mira boasted a mileage of 27km/l, besting the Subaru R1/R2 and Suzuki’s Alto Lapin with 24.5km/l each. The Alto Lapin made its debut in the list this year.

Have a look at the tables below for a full overview. 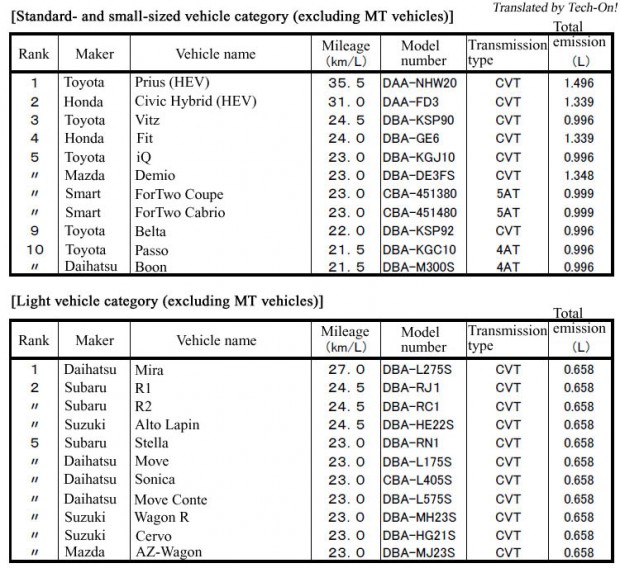