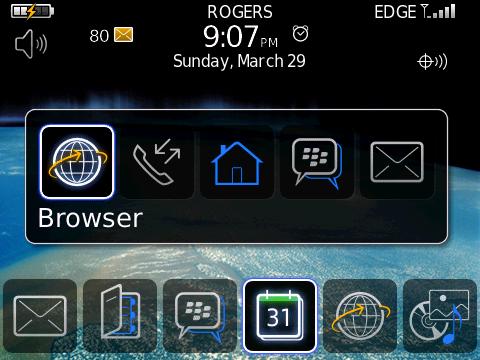 Praise Jebuz! The next-gen CDMA full keyboard Blackberry seems to be right on track according to a pre-release hands-on by CrackBerry. The model they sent through the paces came out fine, despite not being the final version meant for consumer’s hands. There were, of course, some bugs, but overall, the 9630 seems to be as good as CDMA users can get.

The keyboard is great and compared to a mix of the Bold and Curve. The OS bring some of the Storm’s design magic while pairing it with trackball movement. Hopefully we’ll see this BB on Verizon’s shelves soon, but we haven’t heard anything since the sometime in May timetable. No word on price yet, either.