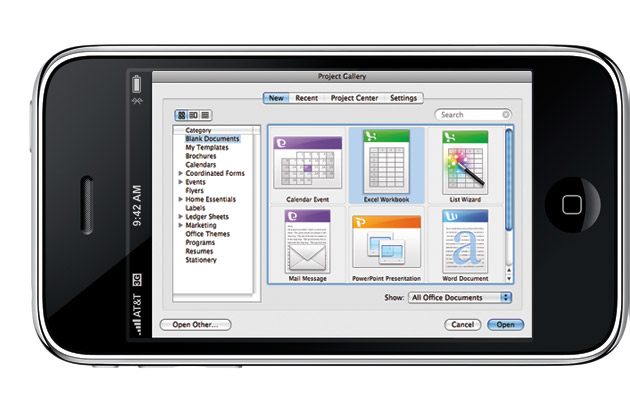 “Not yet—keep watching.” And thus, with those words, did Microsoft’s Steven Elop, who’s president of the Business Division, resurrect rumors of an iPhone version of Office. Hold onto your hats.

Elop was speaking at the Web 2.0 conference, which is organized by O’Reilly. He hinted at an iPhone version of Office when discussing the maturation of Web application and people’s increased reliance on them, citing Facebook mobile as an example. If Microsoft is to remain relevant in this world of Web and mobile applications, it needs to give users the ability to both view and edit Office files. Hence the vague hint of Office for iPhone.

Some 500 million around the world use Microsoft Office in some capacity. What does Microsoft have to lose by giving these people the ability to fiddle with a spreadsheet while on the subway?

Yes, I know that’s a terrible Photoshop, thank you.