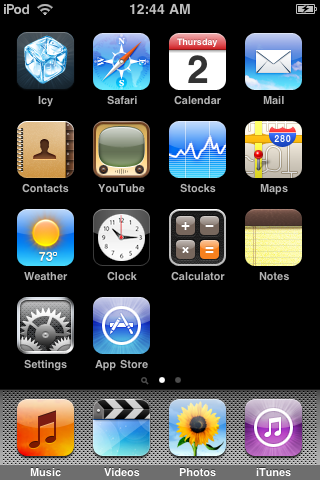 There are two sets of combatants in the long war of attrition called the iPhone Unlock Conflict. The newest battle is over the latest firmware, 3.0, and it’s starting to show how these two parties, the Dev Team and the Unofficial QuickPwn Hackers, are entering a new stage of conflict.

Jailbreaking, for those not in the know, is the process of unlocking the iPhone’s filesystem in order to install third-party apps not officially supported by the App Store. You can also SSH into jailbroken iPhones and use them just as you would any other terminal. This is completely different from the iPhone unlock procedure which unlocks the iPhone from a particular carrier and allows the use of unofficial SIM cards.

Because jailbreaking is comparatively trivial, the Dev Team was able to jailbreak 3.0 almost immediately as were a number of non-affiliated parties. However, there was no official or unofficial method out there to jailbreak 3.0 until last night and it was produced by a Russian hacker with no Dev Team Affiliation. However, this method could potentially upset the delicate carrier unlock procedures the Dev Team released last January. It is on that point that the Dev Team takes umbrage.

It’s silly to play cat&mouse with Apple during a beta period, when relatively few people are willing to actually use the beta software in their everyday lives. There are ways Apple can tighten the screws, and we’d rather not burn methods just for a beta release.

Their main concern is the potential failure of the yellowsn0w unlocking software caused by incorrect updates. However, you also see a bit of anti-script-kiddie outrage in their posts as well as a strange sense of entitlement in their “customers” (“Please don’t abandon us like that for Weeks again please. Just write something at all so we know you’re working on fixing everything, eventually.” writes one commenter) This odd interplay is half-open-source project and half-co-dependant drug addict. In both cases the consumer’s refrain is “Give us the stuff so we can love you more,” and, on the producer’s side, “You can’t handle this stuff. I’ll take care of it for you.”

This is not to disparage the Dev Team. Their unlocks have been works of genius and their contribution to the general iPhone infrastructure deserves at least a little praise from Apple (which will never happen) as well as our undying devotion. But an interesting White Paper on organizational structure is lurking somewhere in this relationship, provided they don’t nuke each other.