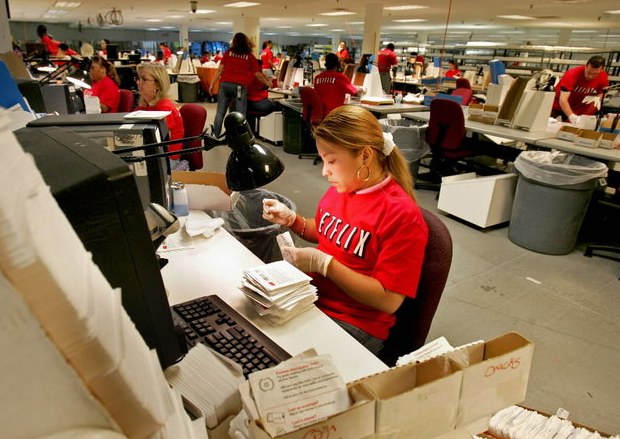 Boston.com, that recent powerhouse in photojournalism (or at least in presenting it), has gone and documented a process I personally thought was automated: the returning and sending out of Netflix DVDs. As it turns out, there aren’t powerful robots checking each disc and whatnot, just an army of hundreds of worker bees with their noses to the grindstone. I would go insane after a week of this.