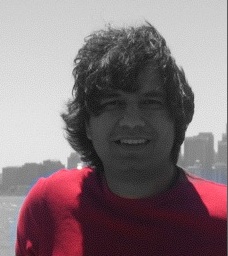 Editor’s note: The following guest post was written by Mrinal Desai, who was an early employee of LinkedIn before he co-founded CrossLoop, a startup funded by El Dorado and Venrock. You can follow him on Twitter.

I try and test many social services and since 2003, there are only three that represent me—LinkedIn, Facebook and Twitter. MySpace was a service that I tried but it did not appeal to me personally for one reason—I wanted to connect with real people and I did not “see” them on MySpace.

I started using Twitter in early 2007, and it gave me something I cherish in the offline world – the ability to connect to real people who share my values and learn from them. It also has given me access to people I might never have otherwise been able to speak to. Through Twitter I have had conversations with the likes of Steve Case and Craig Newmark. I learn about new services and tools, read news when it happens and “my dumb questions’ give me instant gratification when people smarter than me actually answer them. Against all the initial skepticism of the people around me at home and at the office, I thoroughly enjoyed Twitter and also noticed that it was ‘stealing’ me away from Facebook and other services like Google Reader.

Yet now I am beginning to question if Twitter is turning into MySpace. Here are five parallels just off the top of my head:

• There is a competition for followers similar to collecting “friends” on MySpace
• Anonymity is normal on both Twitter and Myspace, unlike Facebook
• Fake profiles are proliferating
• Real celebrity profiles are also proliferating, but they are often maintained by someone else for marketing, leading to spam
• Finally, the one most evident visually—services like Twitback, Twitterbacks and Twitterimage help you customize your profiles. You can compare Britney Spear’s profiles on Twitter, MySpace and Facebook respectively (see screenshot below)

Furthermore fake accounts are surfacing. Twitter recently suspended (then reinstated, and then suspended again) an account that seemingly belonged to the actor Christopher Walken, to the dismay of Erick and his 90,000 other followers. But it was created and maintained by an impersonator. Then, on the other hand ,you have Tina Fey, who has publicly acknowledged it’s not her on Twitter yet her fake account currently has over 216,000 followers. Finally, there are many questionable accounts like Oprah’s, which has 9,390 followers without a single tweet – probably because she is working hard on her Facebook Fan Page, which now has over 420,000 fans. And finally, if you are still really curious to learn whether Russia is really visible from Alaska, you can @reply Sarah Palin here, here or here. (Just don’t expect to actually reach the real deal).

All of these fake profiles remind me of Julia Angwin’s recent piece in The Wall Street Journal, “Putting Your Best Faces Forward”. She notes that MySpace grew out of the ‘Fakester Revolution’ from the Friendster that denied anonymity. MySpace became the Promised Land for those who wanted to stay anonymous—it was so by design (pun intended). MySpace was about collecting friends – users like Forbidden and Tila Tequila amassed hundreds of thousands of them

MySpace did what it did as a competitive advantage against Friendster. Twitter does not necessarily want to go in that direction by choice – after all, it is suspending fake accounts and is removing the Auto-Follow feature favored by self-promoters. As Evan Williams freely admits, a lot of the different types of activity we are seeing on Twitter is not necessarily by design—it is driven by unexpected uses. Maybe the bling bling on the profiles, the fake accounts or ghost writers are unexpected, but sometimes it is important to also recognize that users do not always know what they want. I agree with Michael that staying true to your vision and pushing the envelope is what makes you a winner.

MySpace effectively exploited Friendster’s technical problems, but so far no one has been able to do the same whenever Twitter sputters. And I don’t think they will. The Achilles’ heel for Twitter is not technology – it is the experience (with the site itself and with other users). 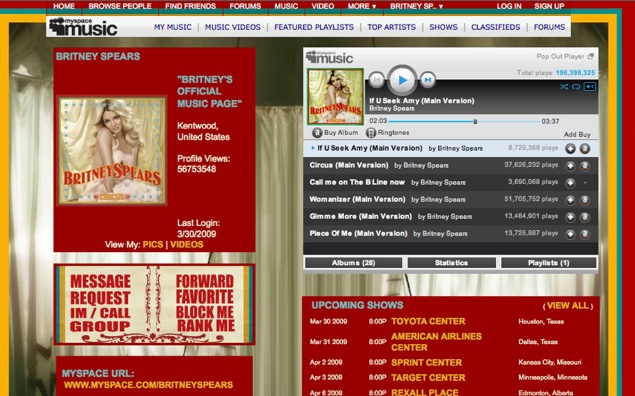 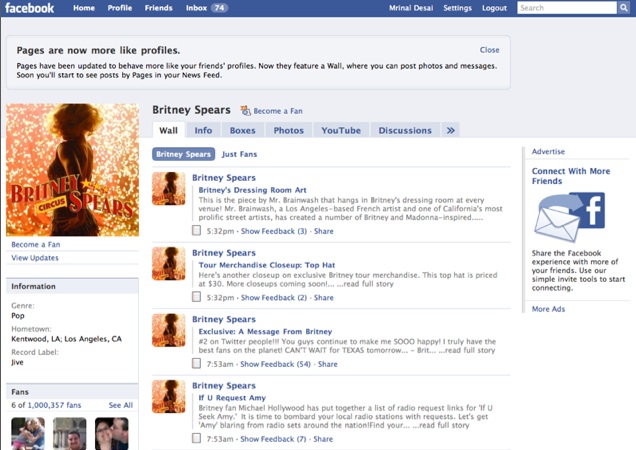