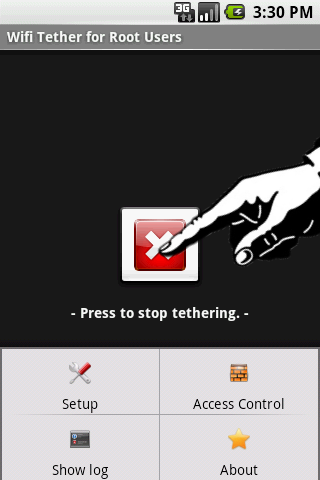 I just saw this app the other day, and now — it’s gone! How shocking! It looks like “Wifi tether for root users” was in violation of T-Mobile’s terms of service, and Google has shown its cards by removing it. No one really thought the Android Marketplace was going to be a Wild West of G1 apps, but it’s a little disappointing to see just how locked-down it really is.

The question raised is this: will apps have to comply with all carriers’ terms of service once Android is on AT&T, Sprint and the like? That could lead to a lot of confusion. At the moment it’s hard to say since only T-Mobile’s terms apply, but it had better get hashed out soon or developers are going to get antsy.

If you’re savvy, you can still get the app and code here.