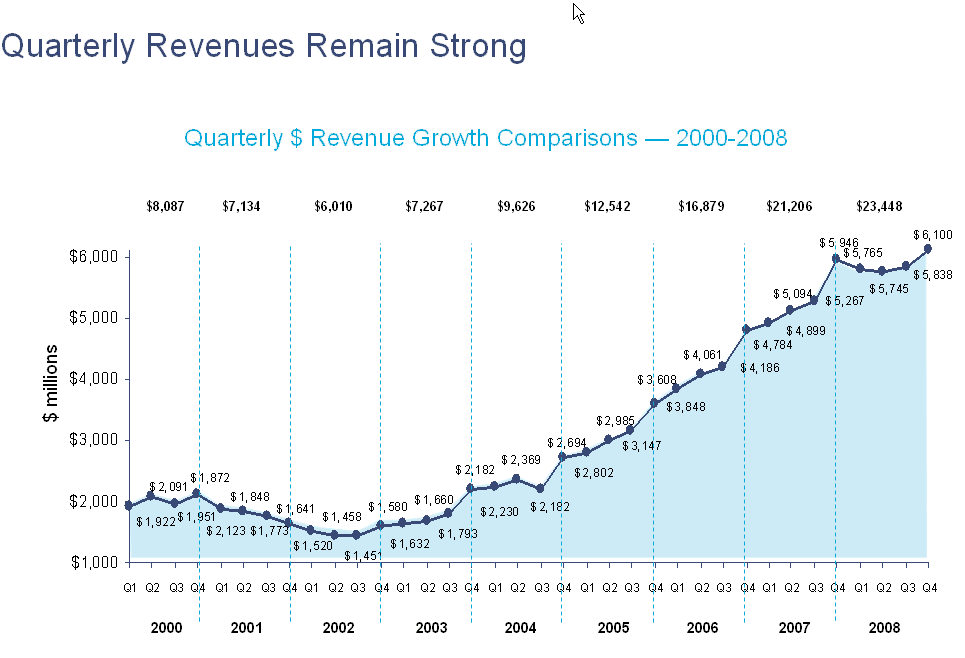 In an upbeat report this morning, the Interactive Advertising Bureau reported that internet advertising in the U.S. grew 10.6 percent to $23.4 billion. (The entire report is embedded below). And the $6.1 billion fourth quarter (up 2.6 percent) was the first time Internet advertising surpassed the $6 billion mark. That said, the rate of growth declined both on an annual and quarterly basis. Even the 4.5 percent sequential growth over the third quarter was the lowest since 2002 (as was the annual growth rate).

But the sequential growth showed a promising uptick in the fourth quarter compared to the previous three quarters, as the chart above shows. This rebound is also in line with what the four big Web advertising companies (Google, Yahoo, Microsoft, and AOL) saw in the fourth quarter. Interestingly, it is divergent from the online revenue trends newspapers are seeing (their online revenues were actually down 1.8 percent last year).

Search advertising dominated, with 45 percent of total Internet advertising market share. It also grew 20 percent for the year. The only category which grew as fast was rich media and video. Online video advertising grew faster than any other sub-category, with 123 percent annual growth (going from $324 million in 2007 to $724 million in 2008). Display advertising was able to eke out 8 percent growth for the year, but declined 4 percent in the fourth quarter. 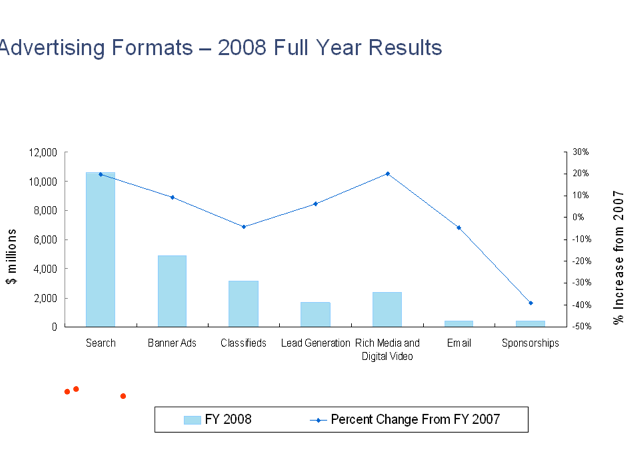 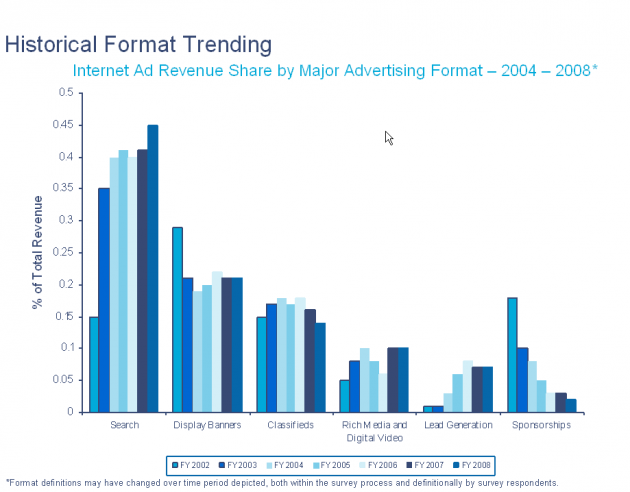 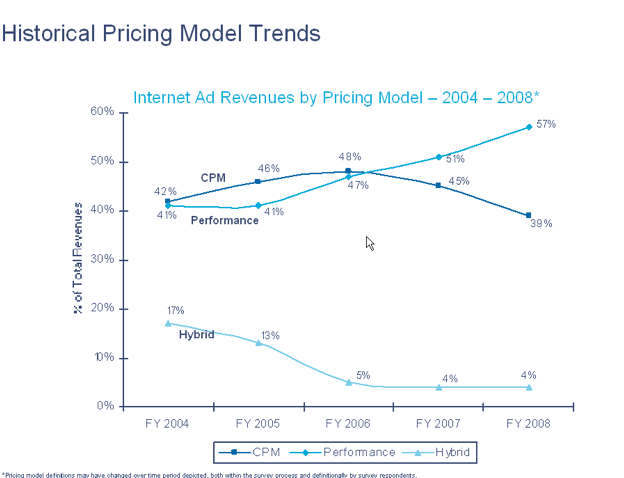 The IAB also trotted out some numbers showing that Internet advertising revenues are outpacing TV advertising by some measures. The $23.4 billion in annual internet advertising spending exceeded advertising on cable TV for the first time (which was $21.4 billion), and took the No. 3 spot behind national and local TV ads ($29.8 billion) and newspaper ads ($34.4 billion). 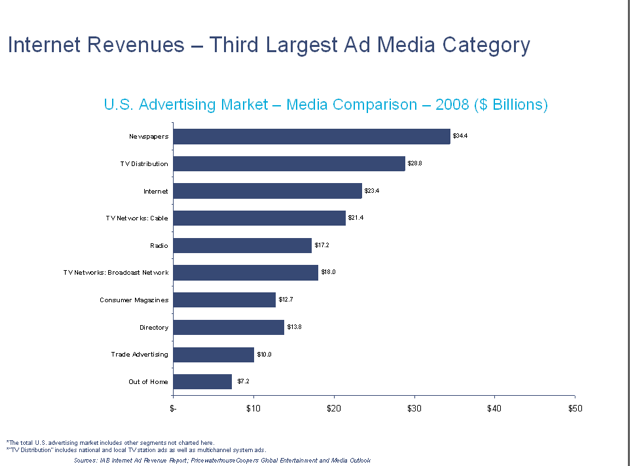 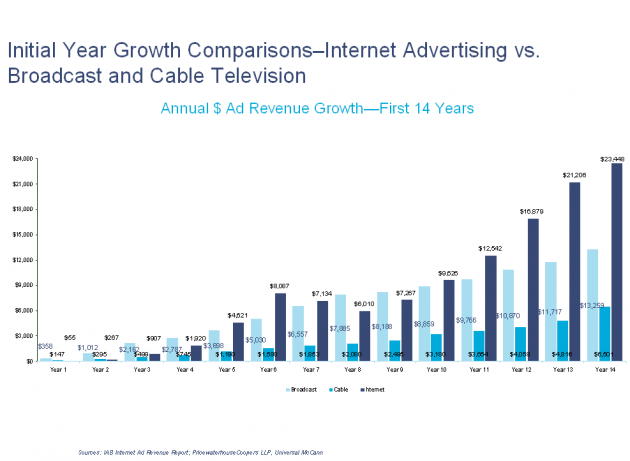