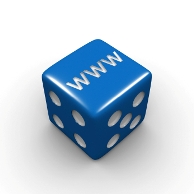 Last week, a blog post hit Techmeme detailing how Dell had screwed up by not securing Adamo.com for its ultra-thin notebook, which CrunchGear’s John Biggs spotted at SXSW a day before its official release on March 17.

It’s not like they tried: the former owner of the domain name, Tucows subsidiary YummyNames, has no record of ever even being approached for a sale or lease of the internet address. Dell claims they had a broker contact the firm anonymously, who was quickly convinced the price would be too high (yet YummyNames leases domains from $750 per month).

The computer manufacterer instead went with AdamoByDell.com but belatedly realized it wouldn’t be such a terrible idea to own or at least use Adamo.com too. Now they’ve finally made a move and acquired it outright for an undisclosed sum which was probably much higher than what they’d have paid a couple of weeks ago, according to Domain Name Wire. Both domain names now redirect to the product website.

As DNW points out, Apple also purchased the iPhone.com domain name after launching the product, and there are many more historic examples of this. No doubt, companies will keep making mistakes like this in the future as well.