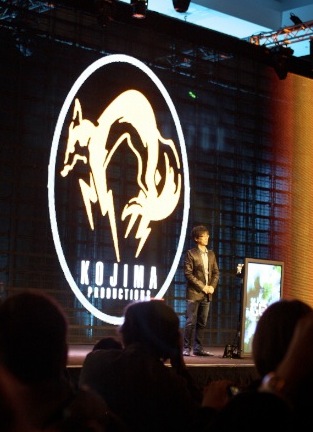 Devin and I are on the ground at Hideo Kojima’s keynote.

This is his first keynote at GDC.

Unfortunately we won’t be getting any free games like Nintendo gave out yesterday.

Mr. Kojima’s keynote will focus on making the impossible possible. It doesn’t look like there will be a lot of non-developer news coming out of this keynote.

So, hitting on the “making the impossible possible” concept, Kojima showed us Snake walking along and encountering a short wall that he easily jumps over. But then he encounters the “wall of impossibility” and can’t get over it. Mario makes an appearance and jumps over the wall making Snake look like a chump.

The “wall of impossibility” is a metaphor for game design if you haven’t figured that out by now. 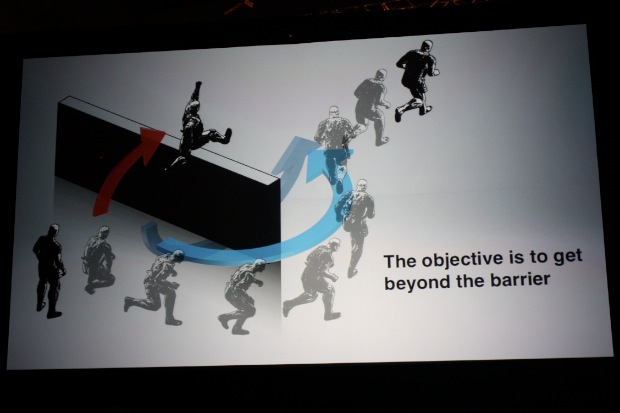 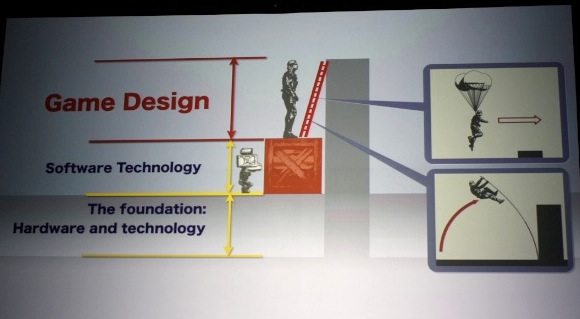 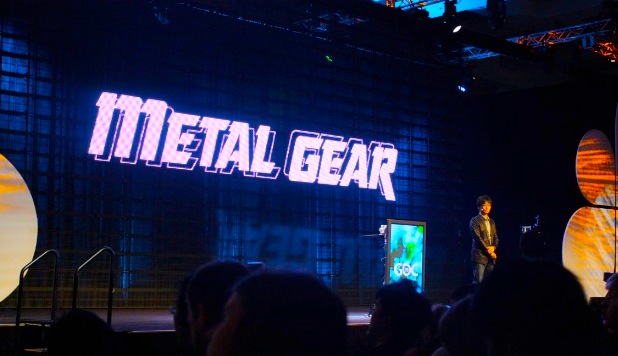 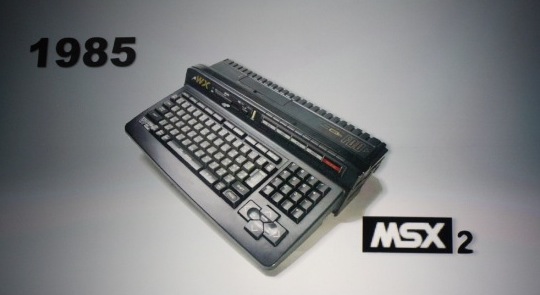 Kojima started work on a division of the MSX2 to create a combat game in 1986. He was influenced by Rambo: First Blood.

What is a combat game? Back then they were 2D action games and you needed a player and, at least, four enemies. Then you need bullets to eliminate the enemies.

Back then developers were limited by hardware. Only 32 Sprites were supported back then. Gameplay of Nemesis on the screen. Something about a ninth Sprite. For example, your player consists of 2 sprites and your two enemies also consist of 2 sprites each. Then each bullet you shoot is one sprite and then the ninth sprite disappears horizontally. These were the limitations back then.

Kojima then thought of making a combat game where there were no weapons. That obviously didn’t work. Then he thought about a game where the player would just run around. That’s not very cool. What about having the player hide? That’d be great! But your hero hiding the whole time wasn’t very heroic. He then thought of making an infiltration game. Could this be the first stealth infiltration game? This all lead to the creation of Metal Gear Solid.

The early iterations of MGS were like a puzzle game. Move Snake around and try not to get spotted. 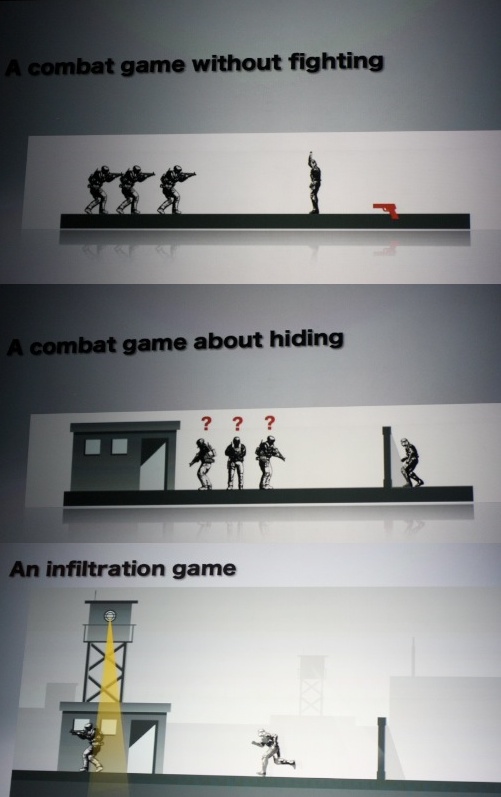 Those of you in the US might be familiar with the NES version, but that was a “crap game” because I wasn’t involved with it. It was nothing like the original that was released for the MSX2.

The game design concept was “infiltration” and that included “enemies with range of sight,” “dynamic enemy AI,” and because there weren’t voice overs back then Kojima just added “!” to alert Snake. 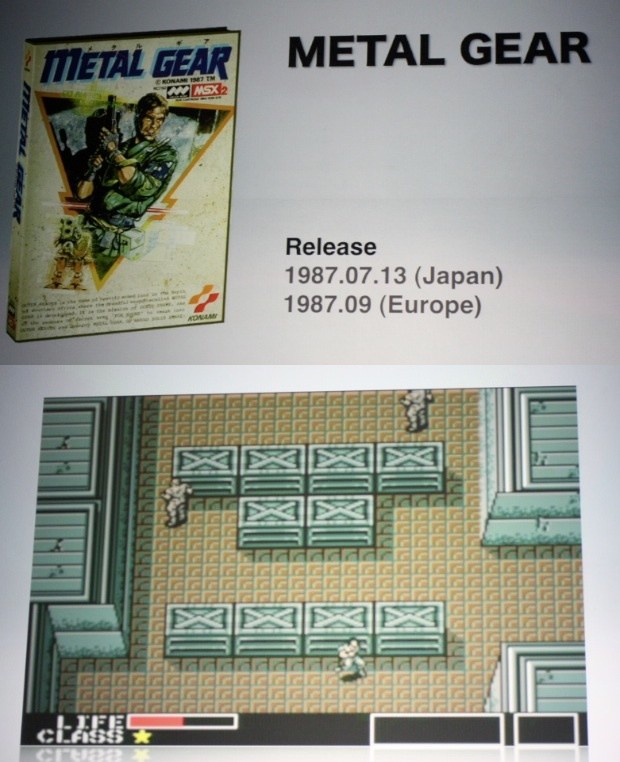 For the sequel, Kojima and his team wanted to make it better and adaptable to the next generation of hardware, but the hardware didn’t change. So, the team encountered another wall.

In Metal Gear Solid 2: Solid Snake, Kojima expanded the range of sight for Snake and decided to change the “puzzle game” style for the sequel. The enemies could now hear. It was released only in Japan in 1990.

There was another NES game called Snake’s Revenge that was also a little “crap game” because I wasn’t involved with it.

We’re going to take it easy from here until something big blows up. Our batteries are starting to get depleted and this keynote is really geared towards developers. We’ll be back shortly.

Things changed drastically in 1994 when the Sony PlayStation was released because, at the time, only super computers were able to display 3D polygon shapes. Because Metal Gear Solid was now in 3D you could hide Snake in an air duct and zoom in and out if you had a sniper rifle.