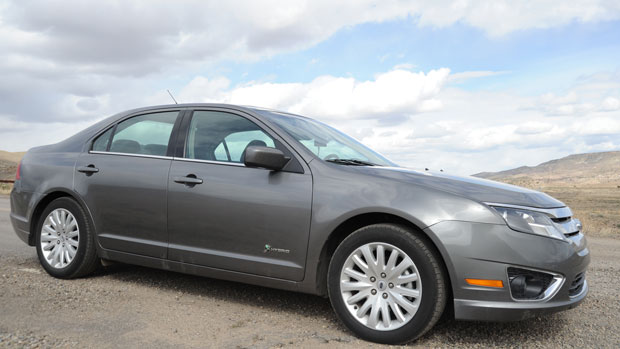 We’re nearing the end of our long road trip but we still have a bunch of stuff to giveaway. This edition of Guess the MPG involves us driving from Las Vegas, NV to Pomona, CA. We are headed to a Garage of Tomorrow event with the Fusion Hybrid and this route should involve a both high speed freeway travel and stop/start LA traffic. So far the Fusion Hybrid has recorded an average MPG of 34.1 MPG over the last 2000 miles, but most of that was highway travel at slightly higher speeds than the posted limit. This 250 mile route will be a bit different. Guess our mileage correctly and you’ll win a JBL On Stage Micro iPod dock and some killer Harmon Kardon earphones.

Official rules: One decimal points may be used in the answer. (i.e. 35 MPG & 35.2 MPG are different answers) Only one entry per person and yes, we do have a way of checking. The winner will be chosen randomly among all correct answers and notified via email or Twitter so ensure you input your correct email and follow me on Twitter. (@MJBurnsy) The contest will end Tuesday morning at 9:00 EST.

We still have a long way to travel and thousands of dollars of giveaways to go. Upcoming contests include a couple of JBL On Stage Micros, Harmon Kardon earbuds, Jabra Bluetooth headsets and speakerphones, a few WowWee Rovios, Black & Decker power inverters, a few more Navigon GPS units, and even a Nokia N96. Stay tuned for many more contests on CrunchGear and my Twitter feed. Make sure you follow me on Twitter (@MJBurnsy) for your best chance to win some of these great prizes.