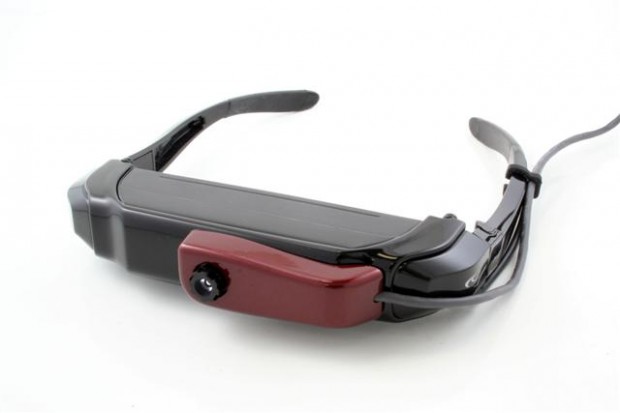 A new headset from Vuzix brings augmented reality gaming. What does that mean? This is basically a 3D hud with a camera. It can directly interact with objects you’re looking at – say a block can have its own meta-information that appears whenever you look at it. I’m going to get the boys to look into this one because it sounds quite cool. Release post jump.

Rochester, NY – March 24, 2009 – Vuzix Corporation, the leader in video eyewear for the mainstream
consumer, defense and low vision markets, will showcase a game-changing Augmented Reality Accessory Kit
for the popular VR920 Virtual Reality Video Eyewear. Partnering with metaio, Inc., a world leader in
augmented reality software solutions, Vuzix will demonstrate at the 2009 GDC how a simple printed page can
be brought to life with 3-D animated characters that literally pop out of the book. Additionally, be prepared to
experience the thrill of a fantasy tale coming to life with a fire breathing dragon flying overhead.

• CamAR™, a clip-on USB camera that mounts onto a pair of Vuzix Video Eyewear. The CamAR™ not
only allows the user to see through to the real world but is also designed to accurately track objects and
the user’s position in 3-dimensional space.

• PhasAR™, a wireless augmented reality input controller is designed to be used in unison with the
CamAR™. The PhasAR™ allows users to interact with virtual, mixed and augmented reality worlds
with a revolutionary 6 degree of freedom tracking system that lets the computer know exactly where the
user is touching in the virtual and real worlds. Depending on the application, the PhasAR™ can
become anything from a powerful virtual magic wand to a 3-D virtual paint brush. The PhasAR™
enables powerful 2-D like mouse support in order to effortlessly control virtual objects in 3-D space.