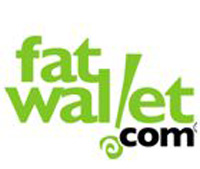 Online deal marketplace FatWallet.com is getting a makeover. FatWallet redesigned its existing site to give it a slick, user-friendly interface. The money-saving site also added a new feature to organize its deals called Coupon Search, which is stocked with with online coupons for consumers. And FatWallet expanded its roster of retail partners. While the site originally had relationships with 800 retailers, it now gets deals from over 2,400 online retailers.

FatWallet also revamped its Cash Back feature, which consumers get cash back from shopping at certain sites. The cash back feature actually has some pretty good deals. For example, if you book a United Airlines flight, you could get 4 percent back. The site also offers consumers a forum where they can share money saving tips and shopping deals. FatWallet has deals from some pretty well-known retailers like Dell, Sephora, Macys and Travelocity. And FatWallet’s forums for consumers are fairly extensive and useful, ranging from threads addressing the the best deals on tech gadgets to which credit card to get.

Online coupons are becoming increasingly in demand as consumers looks for deals in the current economy. It’s of no surprise that FatWallet made its coupon offerings more prominent than before, especially when the competition for online coupons is stiff. CouponCabin, Retailmenot.com, Smash Deals, Gotodaily, and SavingPiggy are just a few of the multitudes of online coupon databases that compete to offer consumers the best deals at checkout time. But FatWallet has created other incentives for consumers to check out its site, like the community forums and cash back features, so perhaps the site could differentiate itself from the pack in the future.