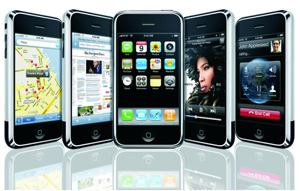 We reported yesterday about Apple’s alleged delay in payments to iPhone app developers, but there is more alarming news from iPhone developers about Apple’s refund policies. Apparently, if iPhone users decide that they want a refund for an app (users can get a refund within 90 days, according to Apple policy), Apple requires that developers give back the money they received from the sale. But here’s the kicker—Apple will refund the full amount to the user and says that it has the right to keep its commission. So the developer not only has to return the money for the sale, but also has to reimburse Apple for its commission. Apple charges a 30% commission on all paid apps sold through the App Store. So basically, developers get 70% of a given sale but if the end-user wants a refund, the developer has to pay Apple 100% of the sale.

Here’s the clause in the contract:

The developer we spoke to seemed to think that the app would become unusable if a consumer gets a refund for a particular application, but the developer was unclear if this actually happens. We were also told that this section of the contract is new, and developers are being forced to sign this in order to sell apps in the next generation App Store (for when the iPhone OS 3.0 is officially released). But we saw a contract from another iPhone developer who signed the agreement back in December and the same clause was part of the contract.

We are assuming that Apple still has to pay bank fees on a charge if a consumer wants a refund, but certainly bank charges don’t amount to 30 percent. This policy still seems incredibly unfair to developers. Apple should instead require developers to return the exact amount they received from a refunded sale, not extra. Apple has a ton of money in the bank and could stand to make a lot more from the app store down the line as the iPhone user base grows. With these fees, Apple is pointing a big red arrow at why developers shouldn’t be developing for the iPhone—namely, they’re at the mercy of Apple, which is making a habit of treating its developers like dirt.

Here’s a copy of the actual contract: